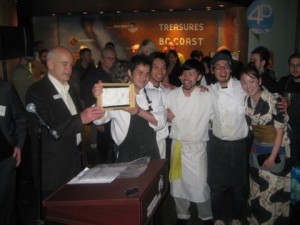 The 3rd Annual Ocean Wise Seafood Chowder Chowdown was a huge success at a great event hosted by the Vancouver Aquarium on November 24th. This event saw hundreds of people sampling many or all of the twelve chowders from BC’s top twelve Ocean Wise restaurants from around the Vancouver, Victoria, Abbotsford and Kelowna, all of the chowders were paired with BC brews and the suggested beers were listed along each of the restaurants chowders. 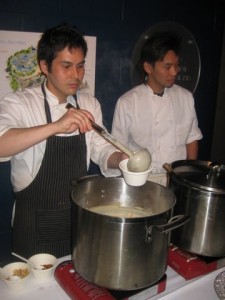 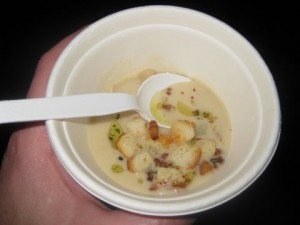 Hapa Izakaya won 1st place with their “Halibut Dashi Chowder”, Chef Ben and Daiji, Oku & Junji  had cooked up a delicious, outstanding chowder and it was my favourite as well! Not only did they win the top prize by the judges, they also won the Peoples Choice Award as well! 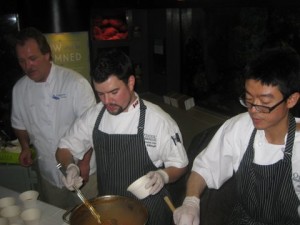 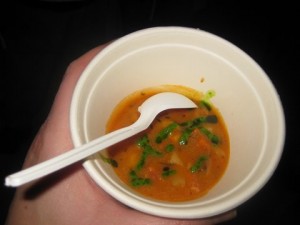 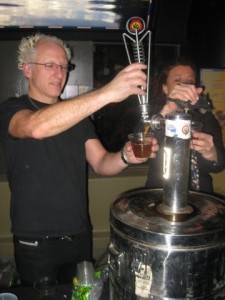 The winner for Best Chowder and Beer Pairing went to O`douls with their “Cortes Island Mussel and house-cured bacon chowder“ paired with the Storm Brewing “Scottish Cream Ale“. 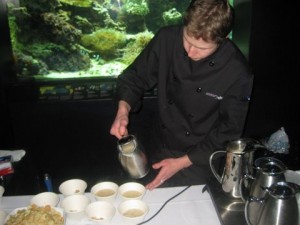 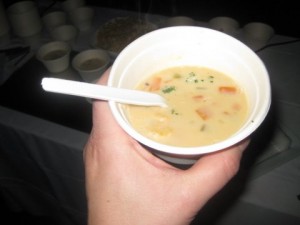 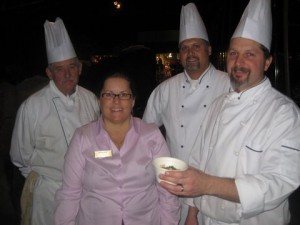 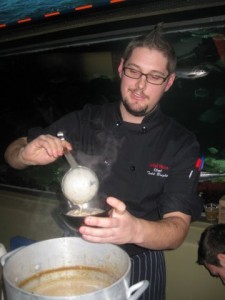 I attended this event last year, see my post, it seems they dropped the Silver & Bronze awards this year and added the Chowder & Beer Pairing award. The restaurants represented were somewhat different in this years event and the seafood chowders were much more creative than the previous event. Last year I ate my way thru 8 chowders, missing out on 2 of them, this year I am happy to say that I ate my way through all 12 chowders! 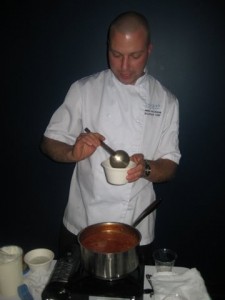 The Judging panel included: Chef David Hawksworth, Chester Carey, Rebecca Bollwitt (miss604), Chef Robert Clark and  Vancouver Deputy Mayor Kerry Jang . Each of the judges were served a fairly good size portion of each of the chowders to taste along with each of the beers and make their marks and notes. 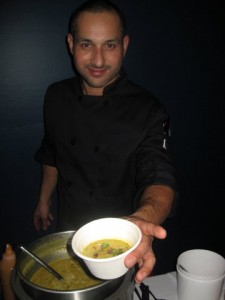 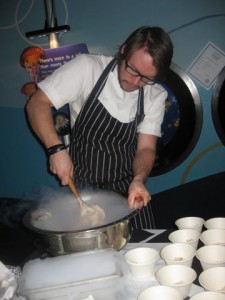 I hope Hapa Izakaya will be adding their 1st place Winning Halibut Dashi Chowder to their menu at each of the 3 restaurants, I can’t wait to have another bowl!