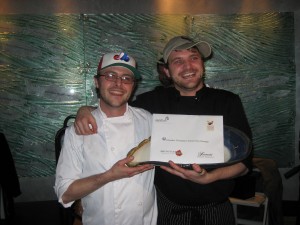 The 2nd Annual Ocean Wise Seafood Chowder Chowdown was a huge success at a great event hosted by the Vancouver Aquarium on November 25th. This sold out event saw hundreds of people sampling many or all of the ten chowders from BC’s top ten Ocean Wise restaurants from around the city and area, many of the chowders were paired with BC brews and the suggested beers were listed along each of the restaurants chowders. 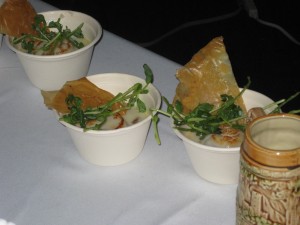 Go Fish won Gold with their “Smoked Corn and Scallop Chowder”, Matt and his brother Andrew had cooked up a storm that night with a constant line-up of people who eagerly awaited the fresh seared scallops to top the chowder, this was a sight to be seen and it was worth the wait which I can attest too. The Refinery won Silver with their “Smoked Cod and Crab Chowder” by Chef Mike Carter and his team and Coast Restaurant won Bronze with their “BC Sea Urchin and Smoked Pacific Oyster Chowder” by Executive Chef Josh Wolfe and his team. 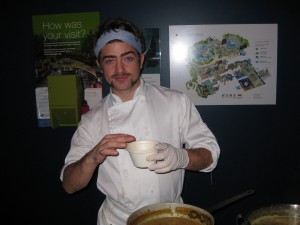 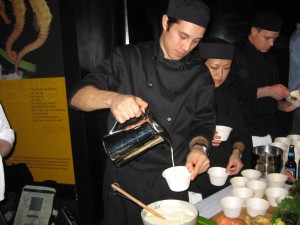 The Judging panel included: Jamie Maw, Chef David Hawksworth, Chester Carey, Guy Dean, Kim Stockburn and Vancouver Canucks Willie Mitchell. Each of the judges were served a fairly good size portion of each of the chowders to taste and make their marks and notes. 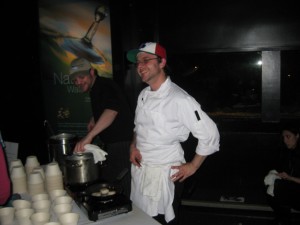 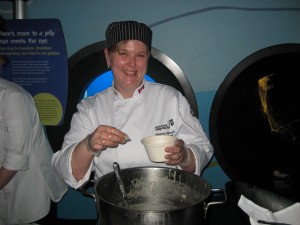 Chef from the Vancouver Aquarium with their chowder 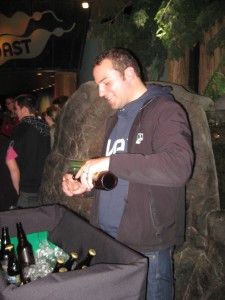 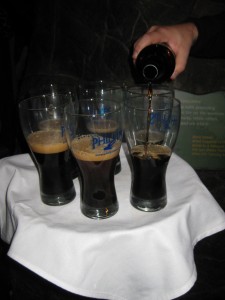 Everyone who attended was able to cast their vote for their favourite chowder for the People’s Choice Award and the winner was O’Douls. 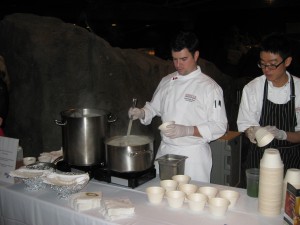 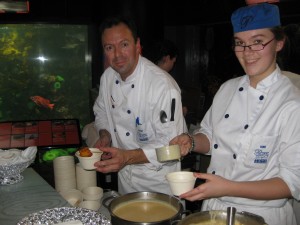 Pacific Institute of Culinary Arts with their Calypso Chowder

The winning chowder from Go Fish was well paired with the Tree Brewing Cutthroat Pale Ale. In my opinion other beers that went over well included the Phillips Longboat Chocolate Porter and the Phillips Blue Buck.

I hope Go Fish will be adding Matt and Andrew’s Gold Winning Chowder to their menu, I can see another long line-up!