Attending the 29th Annual VanMag restaurant awards yesterday was entertaining, as usual there were surprises and let downs from the nominees and winners, cheering and some award winner no shows. As one my favourite foodie events of the year, it is always a chance to taste some delicious food by some of Vancouver’s nominated restaurants at the pre-awards reception. Following the Awards there was a reception featuring flatbread pizzas from the host hotel Sheraton Wall Centre along with beer poured by Andina Brewing, Steel and Oak and others.  Following the reception I attended the After Party at Joey Wineroom and enjoyed a selection of Spanish bites and good chit chat with fellow peers and restaurant industry folk.

Back to the awards the Co-Hosts of the afternoon were Gloria Macarenko and Stephen Quinn, radio hosts at CBC, who entertained the guests with usual back and forth banter. 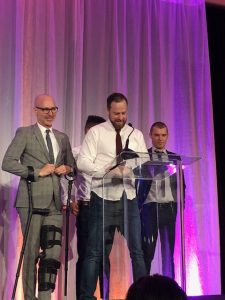 Chef JC Poirier and his team

The Lifetime Achievement Award was presented to Anthony von Mandl who owns (Mission Hills Valley Estate and other wineries) who was a no show on stage (he was travelling in Australia and he spoke via video). 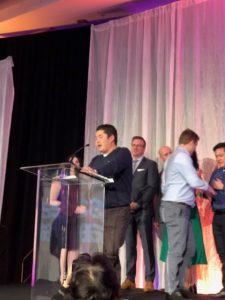 Alex Chen was honoured as Chef of the Year for his work at Boulevard Kitchen and Oyster Bar. 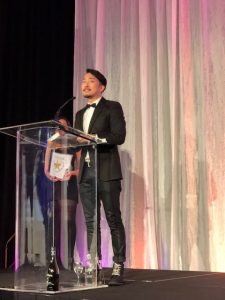 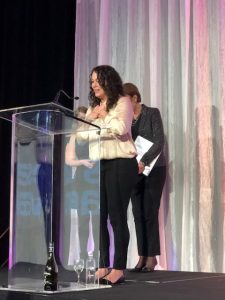 Jill Spoor, Sommelier of the year at Botanist Dining in the Fairmont Pacific Rim 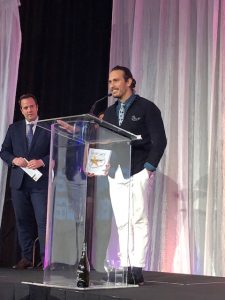 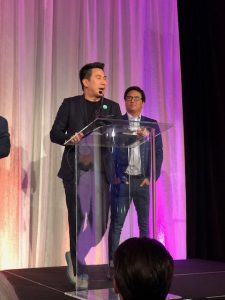 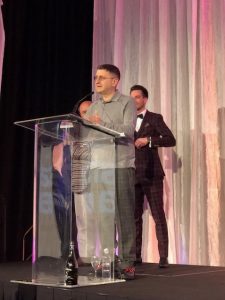 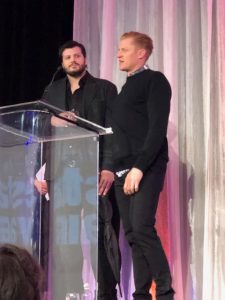 Best Downtown was  awarded to Cinara 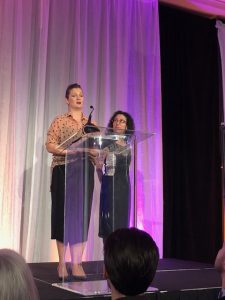 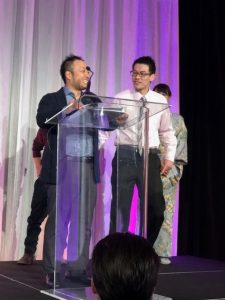 Best Japanese was awarded to Masayoshi 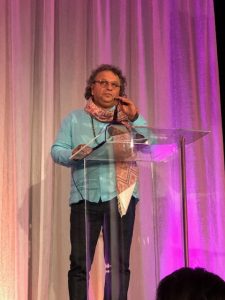 Best Indian to My Shanti 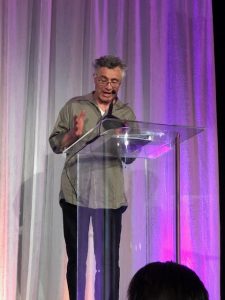 The reception that preceeded the awards ceremony featured a showcase of dishes from many of the nominated restaurants. 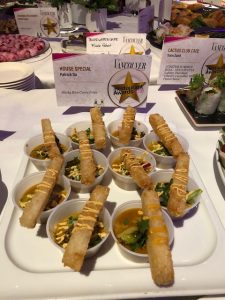 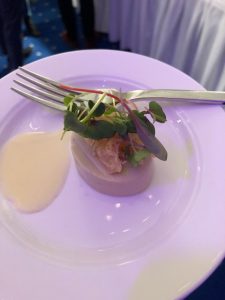 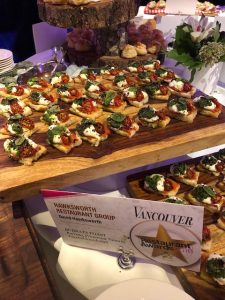 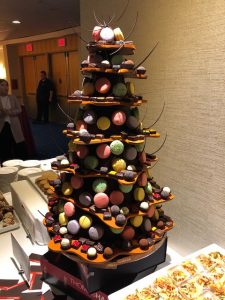 Dessert tower and the Macarons 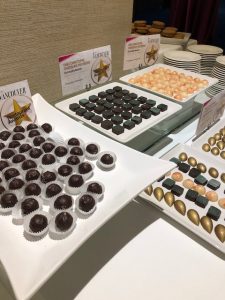 Some of my favourite eats were the Sticky Rice Curry Fries from House Special, Avocado Pana Cota from The Apron at the Westin Wall Centre Vancouver Airport, Burata Toast from Hawksworth Restaurant, Dessert tower and the Macarons from Thomas Haas, chocolates from Chez Christophe.