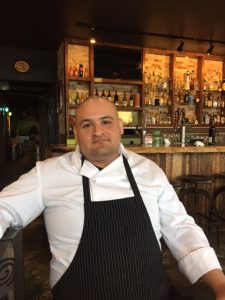 Roberto grew up in Mexico, he had an interest in cooking while growing up, having backyard barbq’s with his father every Sunday.  His interest was in the marinated sauces and making hot sauces. At 16, his first job was as a dishwasher at a 24 hour Mexican restaurant, from there he moved over to doing kitchen prep at the same restaurant. Although he wanted to go to culinary school after highschool his father was worried he wouldn’t be able to make a career out of it so he agreed to go to college first which he did to please his dad, studying Human Resources management. After graduating from college, Roberto followed his dream and went to culinary school to the International Culinary Institute of Mexico in Victoria, Mexico. Once he finished the 2 year program, he got a job as an apprentice chef for Chef Dianne DiMeo to run one of her new restaurants in Mexico City. He thought it was going to be a Mexican restaurant, it turned out to be a NY style deli located in the heard of Mexico City, this was in 2006 and he worked there for about 1-1/2 years. He then moved to Austin, Texas, to work at another one of Dianne DiMeo new restaurants (a steakhouse) opening this restaurant for her. After 4 months, he moved back to his hometown in Mexico and became the head chef of a friends restaurant called Fuegol Burgers. At the same time he was working at a Mexican catering company. The owner of the catering company then opened a restaurant called Tequilla’s Bar & Grill, Roberto became the head chef at this Mexican restaurant working there for 2 years. After this, he took some time off to get married, he then answered an ad for the position of Executive Chef at the Little Mexico Cantina in Steveston, once he got the job in 2014 he moved to Vancouver and has worked there ever since. 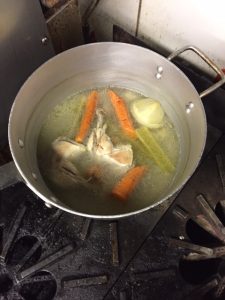 What is your view of Mexican food from back home?

My view is of the markets, the people at the little taco stands at the side of the road, the lady in the market and the true cooks. Small cantina’s where the locals eat. Some dishes as we know it are different in the restaurants in Mexico.

What are your Favourite Mexican spices?

Are there many different types of Mole in Mexico?

The Oaxaca state has at least 7 different types of moles from red to green, black and more. Mole poblano is from central Mexico and it is a chocolate based sauce. One of the chefs in Mexico City has a signature Mole Madre dish which I love.

What’s your idea of creating the perfect Mole?

I don’t think I have had the perfect mole yet. I want to go to Oaxaca to see the people who dry the spices, the cooks, the families in that area. 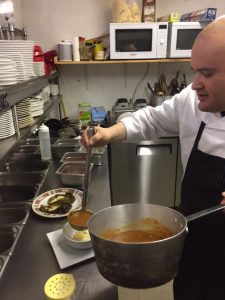 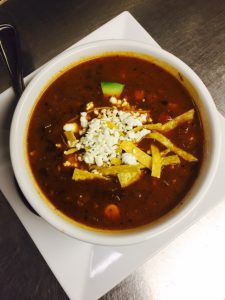 I wanted to recreate a healthy comfort food soup that tastes like its homemade back home in Mexico. 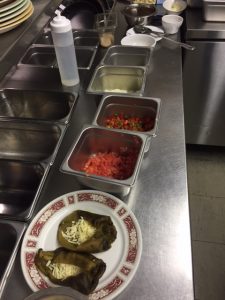 What regions of Mexico do you love most?

Both are incredible areas but very different. Guadalupe specializes in olive oil and other foods. 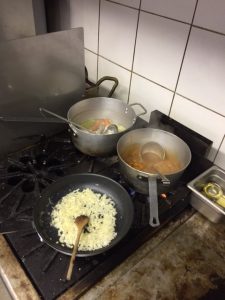 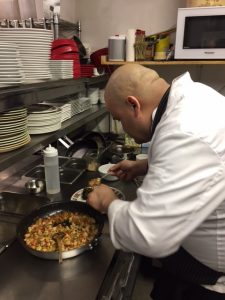 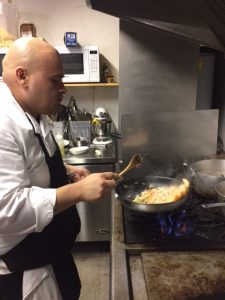 What are your hobbies and interests? 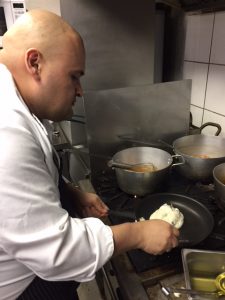 What excels you to create the perfect winning recipe/dish? For example, you had won 1st place in my Vancouver Taco Challenge 2 years in a row in 2015 and 2016 with very different recipes.

I put all my passion from the culture I come from and the story behind my dish. That translates into my dish, I want you to feel you are in Mexico having a Mexican taco with a story behind it. 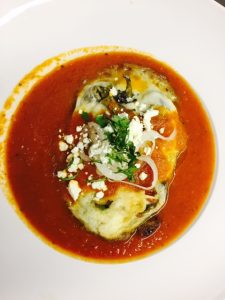 Served on a chipotle tomato base sauce.

Tried to do it in a unique way as it is one of my favourite dishes to make. 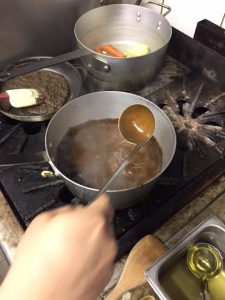 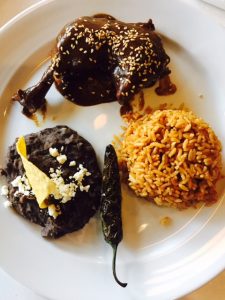 My favourite Mexican dish to eat.

What is your favourite wine to pair with your mole?