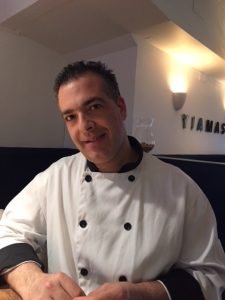 Manos went to culinary school after high school for 3 years from 1996 – 1999 in Athens, Greece. After graduation, in September 1999 he was the 3rd cook (Cook C) at a Greek/French restaurant where he worked for 3 years working his way up to 1st cook. After that he moved on to another restaurant for a year, then moved to Mykonos for a season as chef for a season (6 months). From there he worked in Athens for 3 years at the largest and most famous caterer (one weekend he catered food to serve 17,000 people). He then moved to Evia Island (Aidipsos) and worked as the Sous Chef for a 5 star hotel, Thermai Sylla Spa, he was then promoted to Executive Chef where he worked for the next 7 years. In 2016 he moved to Vancouver to become the opening Executive Chef of Nammos Estiaterio. 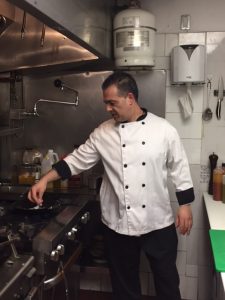 How did you end up moving to Vancouver to work at Nammos Estiaterio?

In 2012, while I was working at the hotel, I met a guest, Nick Kerasiotis he wanted me to come to Vancouver and he pursued me for 4 years, I came to Vancouver to see what life was about, I then quit my job in Greece and moved to Vancouver, my family soon followed.

Ever since I was 14 years old I was cooking at home, learning from my mother and  grandmother. This gave me an interest in pursuing culinary school after I graduated high school. 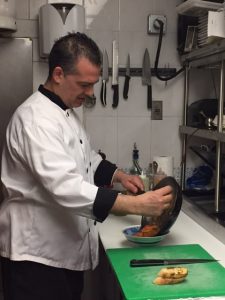 What did you love to cook as a Teenager?

What were your expectations coming to live in Vancouver?

I think the food should be better here than it is. It should be more like in Europe, I specifically think the restaurants should be one or two levels higher.

What is your Favourite Greek dish to eat personally?

What is your favourite dish here in Vancouver outside of where you work? 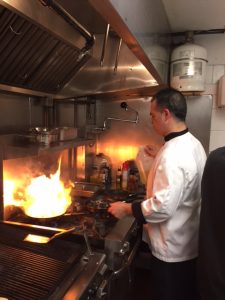 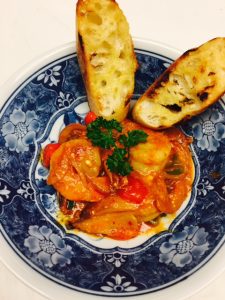 Almost a traditional dish from Greece. People like prawns here but they haven’t had it in this way with oyzo and feta cheese. 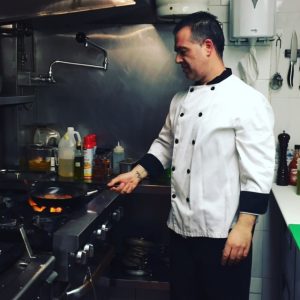 What are the most popular dishes at Nammos Estiaterio? 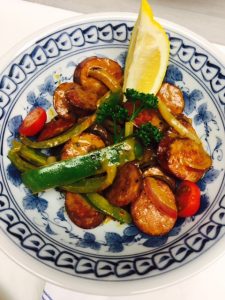 Back in Greece it is made with tomato sauce, here I do it with lemon and mustard instead of tomato sauce. 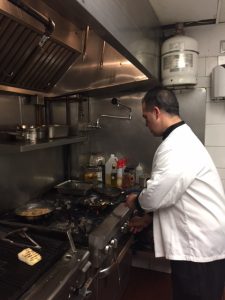 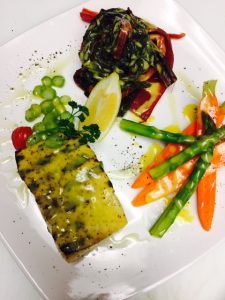 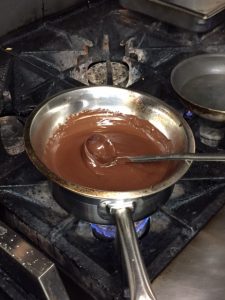 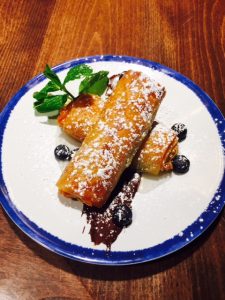 Baked for 15 minutes in the oven, then dipped in syrop with honey and then add warm house-made chocolate sauce.

If you were going to add some dishes to the Nammos menu, what would you add?