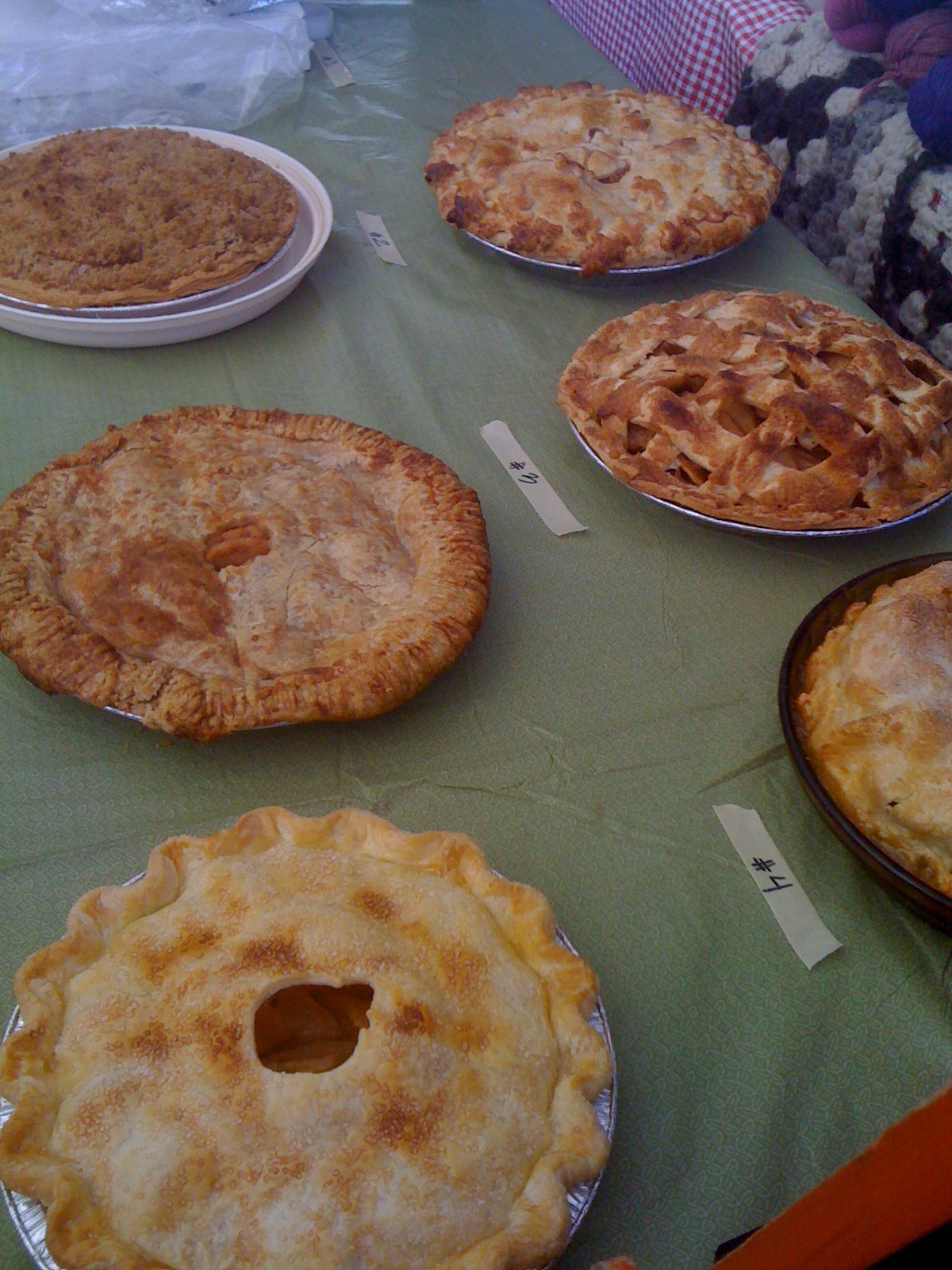 Vancouver Farmers Markets is once again featuring their popular Fall Pie Competition at their Harvest Festival which takes place on Saturday October 19th at their West End Market.

Fall fruit can include: blackberries, plums, pears, crabapples, apples, quince and cranberries. You can even use local nuts like hazelnuts and walnuts. You’re welcome to use fall veggies too but keep it low-risk, unfortunately no pumpkin or cream pies can be entered because of their perishable qualities.

Some delicious pies have been entered in the past including ones with spikes of rum and whiskey, nut crusts and even vegan delights!

If you think you have a winner, fill out this application and apply by October 17th. Bring your pie submissions to the West End Farmers Market on October 19th and cross your fingers for a decision in your favour.

And heck, if you’re at the market anyway, you might as well enjoy their annual Harvest Festival which includes informative displays about apples and squash, apple tastings, recipes for fall meals and desserts and loads and loads of fresh BC fall produce. Stick around for pie samples as we dole out the entries after they’ve been judged and awarded their prizes.

This year’s pie competition judges are:

There’s even fun for the kids at our Fun with Food tent.

Enjoy fall at the market and we wish all entrants in the pie competition, the best of luck!

The West End Farmers Market is located in the 1100 Block of Comox Street between Bute and Thurlow.

Come for the unveiling of the winners at 1pm and for samples of all the entries (by donation) shortly after that.

The Market at Giovane