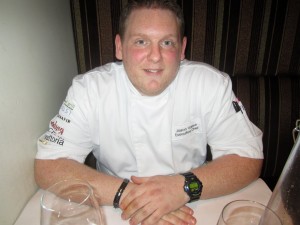 Last month I spent the afternoon with Chef Jason Vallee at Glowbal Grill Restaurant in Yaletown. I have known Jason for a couple of years, ever since I met him at Coast Restaurant.

At 15, he worked at McDonalds, while in high school he got really interested in cooking and took the culinary arts class in Powell River then continued into the college program at Malaspina. Then  worked at Val d’Isère Restaurant in Whistler for almost 4 years. Jason then moved to Vancouver in 2005, where he worked at the Raincity Grill and then at Coast Restaurant in Yaletown as the Line Cook. He then moved on to Coast Restaurant on Alberni for 2 years. In 2009 he was promoted within the Glowbal Group and became Executive Chef at Society, then Executive Chef at Glowbal Grill in Yaletown in 2011.

What was it about cooking that interested  you while growing up?

I played sports when I was younger and cooking in the kitchen had the same kind of buzz. 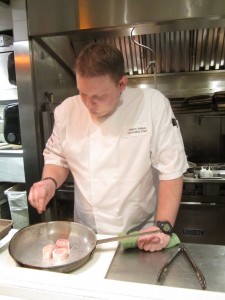 Respect for ingredients, what comes from the farm, how to treat the environment, kitchen, equipment etc 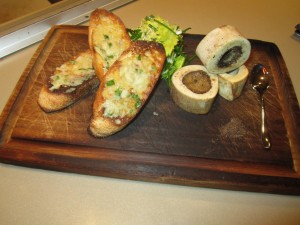 Showing my cooks about a product like this and what we can create. 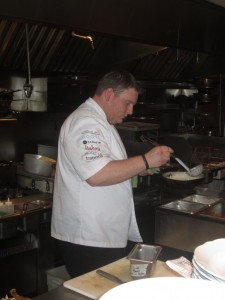 What are your favourite restaurants in Vancouver outside of the Glowbal Group ?

Occasionally, mostly for the family for the holidays. 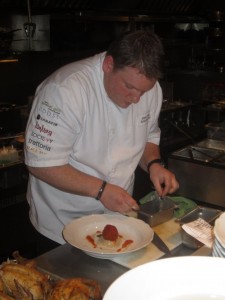 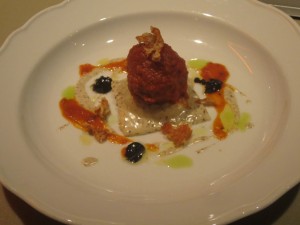 The restaurant and our speciality meat balls at Glowbal, Coast’s seafood element, my take on Surf & Turf at Glowbal. 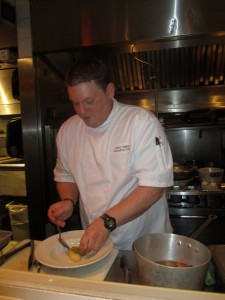 What makes a good steak?

Proper seasoning for one, start at a high enough temperature so that a crust starts to develop caramelizing forms that is the trick. At Glowbal Grill we have a char broiler that cooks our steaks at 1700 degrees.

What type of beef do you serve at Glowbal Grill?

Canadian Prime, grade past Triple A.

What did you like to do in your off time ?

What pushes you to grow in your career? 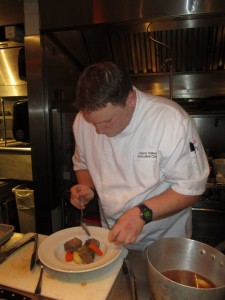 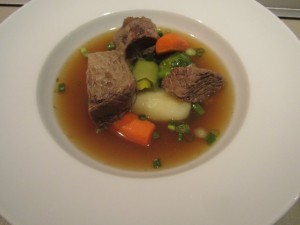 What is your favourite beverage to drink with one of your steaks at Glowbal?

What is the best way to season a steak?

Do you create your own features at the restaurant?

Yes we have the freedom to create dishes daily for our features.

Did you study pastry and savoury or?

I did pastry when I was working in Whistler and can do it if needed. I do enjoy working with pastry.