November is Ocean Wise month, and Food Talks is marking it with an evening dedicated to the topic of ocean-friendly seafood. This is the fourteenth event in this Food Talks series which we are co-presenting with the Vancouver Aquarium, where Ocean Wise began as a conservation program in 2005. Come join us to meet and mingle with other foodies, and hear some enlightening speakers from the food community.

From boat to table – the sustainable seafood supply chain. Chef Trevor Bird is the owner of Fable restaurant in Vancouver, where he showcases farm-to-table cuisine along with his passion for Canadian ingredients and flavours in all of the menu’s dishes. With an obsession for cooking that began as a teenager, Chef Bird’s career has led him into such acclaimed kitchens as Ottawa’s National Arts Centre, and Vancouver’s Jean George’s MARKET and Daniel Boulud’s Lumiere, among other top establishments. In 2011, he wowed Canadians with his innovative culinary skills, placing runner up against some of Canada’s greatest chefs in Top Chef Canada Season 2. 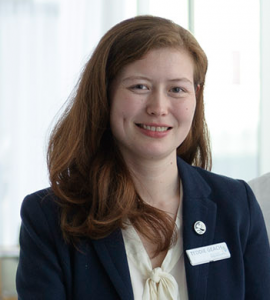 Teddie Geach is currently the Seafood Specialist with the Vancouver Aquarium’s Ocean Wise program. She completed a Master of Environmental Science at the University of Toronto with a concentration on aquatic ecosystems. Working with the Vancouver Aquarium’s Ocean Wise program she is responsible for determining the scientific direction behind the seafood recommendations. She also works closely with seafood suppliers and distributors to advise them on sustainable sourcing, fishing and aquaculture practices. Every day she is inspired and excited by the passionate people she works with who share her love and commitment to sustain healthy oceans.

Mike has over 20 years of fisheries experience ranging from work in the commercial urchin diving fishery, to research on fishery impacts at the Department of Fisheries and Oceans, and 10 years at The Vancouver Aquarium Marine Science Centre, 7 of which were spent working on the award-winning Ocean Wise program advancing sustainable seafood in Canada. Mike is owner and co-founder of The Fish Counter in Vancouver a fish market that offers the highest quality, direct from fisher, local, seasonal and sustainable seafood (100% Ocean Wise). This year Mike was named one of the Globe & Mail’s Top 53 Canadian Food Influencers for his work with sustainable seafood. 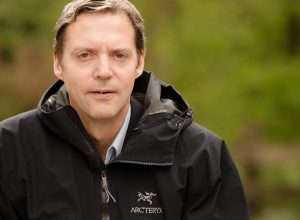 Guy Dean graduated from University of British Columbia with a degree in Marine Zoology and has been involved in the seafood Industry for over 28 years from Farmer, Harvester, Fisher, Processor and Distributor.   He started his seafood career involved in helping operate an independent salmon farm and hatchery on the West Coast of Vancouver Island and has worked on fishing vessels in Canada and Australia as well as a commercial diver and harvester in Japan.  He worked for over 15 years in the Primary Processing side of the West Coast seafood industry – including stints in production, sales and management.  He’s currently the Vice President and CSO of Albion Farms and Fisheries – the largest center of the plate distributor in Western Canada.

Passionate about supporting and promoting the consumption of sustainable seafood and particularly the long-term viability of the seafood industry, he sits on the board of a number of industry led foundations within North America including Sea Pact, of which he is a co-founder and chairman.  Most recently, Guy acts as a representative of the seafood industry sitting on the Monterey Bay Aquarium Seafood Watch Program’s “Multi-stakeholder Committee” – one of only 14 people internationally to be chosen for this prestigious role.  Recognized by “Seafood International” magazine as an influential Business leader within the Industry – Guy regularly travel’s globally where he is an acknowledged speaker and advisor regarding marketing of sustainable seafood in an effort to move the industry forward. 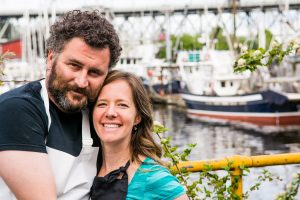 Sonia and Shaun Strobel founded Skipper Otto’s Community Supported Fishery to help connect conscientious consumers to local fishermen and their sustainably harvested catch.  Shaun began gillnetting with his father, Otto, at the age of 7.  Dismayed at the dwindling independent salmon fishing fleet, Shaun wrote his master’s thesis on the labour history of the BC fishing industry in the late 90’s and subsequently became a high school teacher. Sonia, also a high school teacher, was an avid supporter of the local agricultural food movement and married into the fishing family in 2001. Applying her knowledge of Community Supported Agriculture Programs to fishing, Sonia conceived of the idea for the CSF in 2008 and Skipper Otto’s CSF became one of the first CSFs in the world.  As a result, Otto has been able to remain in fishing and his son, Shaun was able to return to a career in fishing.  The CSF now supports roughly 30 independent fishermen and delivers sustainable local seafood to over 2,100 families in BC, Alberta, Saskatchewan, and Ontario.

Enjoy a wonderful line-up of speakers who will talk about our theme: “From Boat to Table—the Sustainable Seafood Supply Chain”, featuring entrepreneurs and scientists describing how sustainable seafood gets from the fisherman’s boat to your dining room table.   There will be a Q & A where you will have a chance to ask questions and engage with the speakers along with a chance to mingle and network with the speakers and guests afterwards (*Wine and other beverages will be available for purchase until 7pm).

Doors and bar open at 6:00 p.m.  Behind-the-scenes tours start at 6:15 p.m.  Most of the Aquarium’s galleries will be open for participants to explore on their own before the talk begins at 7:00 p.m.

Gold Corp 4D Theatre at the