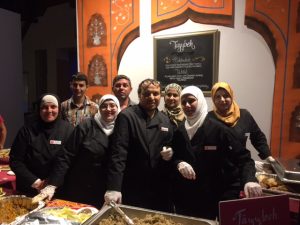 On July 6th, I attended the annual energetic spicy gala, this year’s culinary tour of South Asian cuisine curated by Chef Vikram Vij featured his friends mostly non-Indian restaurants cooked up their version of the Indian dishes focussing on this year’s theme, ‘Tales of War & Peace’.

The special new guests this year were Tayybeh, a collective of Syrian chefs who create home-style specialties from their hometowns of Aleppo, Homs, Daraa and Idlib. Tayybeh, the feminine construction of the Arabic word for ‘kind’ or ‘generous,’ is run by six women. 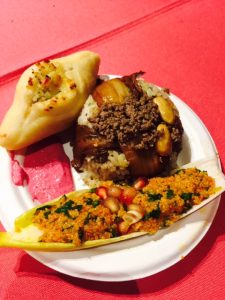 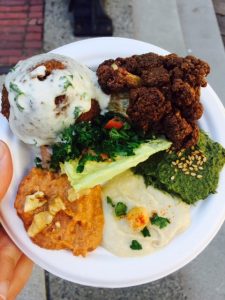 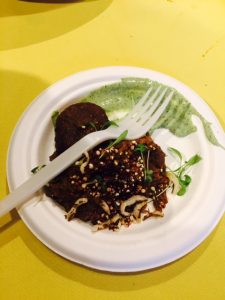 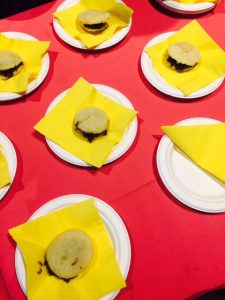 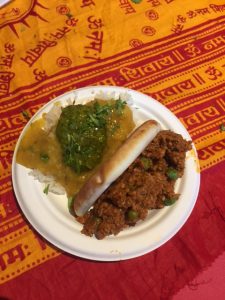 Food stations were featured throughout with culinary delights from India and around, all created by the city’s top restaurants including Vij’s, Café Medina, Blue Water Café, Fairmont Waterfront, Bella Gelateria, Bauhaus, Jamjar and Cacao. 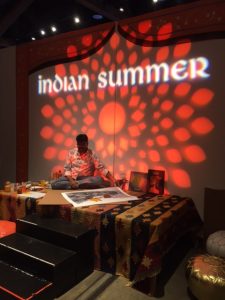 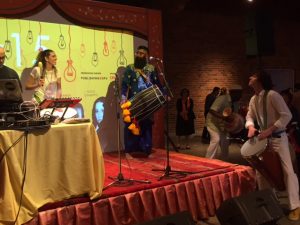 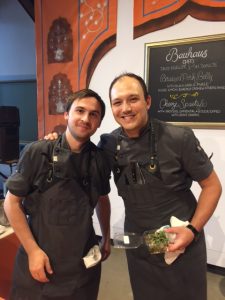 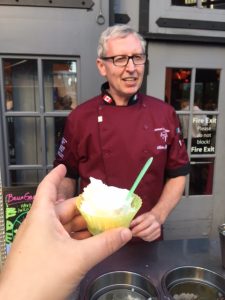 First Taste of Chickpea: the Restaurant