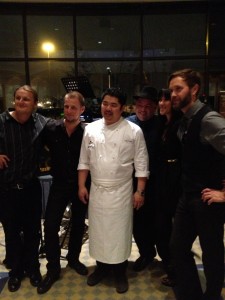 A few months ago, I attended the spectacular Hot Chefs Cool Jazz evening at the Delta Burnaby Hotel were guests tasted bites from some of the city and area best chefs and their restaurants.  This was a wine and gastronomic experience that delighted everyone, and supported Chef Alex Chen and Bocuse d’Or Canada. 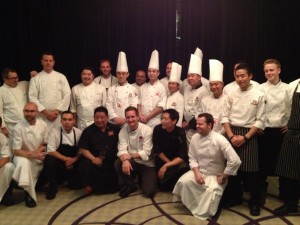 The chefs who supported Chef Alex Chen at this fundraiser

This event which was the 7th annual was a fundraiser to send the Canadian team of Bocuse d’or to represent Canada in 2013 at this international competition in France to compete against 23 other countries top chefs.  Alex Chen is currently the Culinary Architect for Moxie’s and he is the Chef Candidate to lead his team in 2013 to represent Canada. 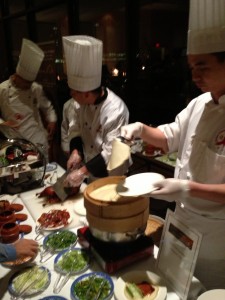 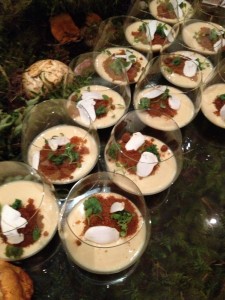 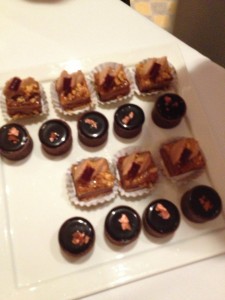 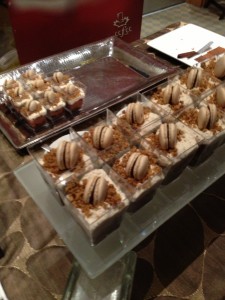 Over 17 restaurants and their top chefs took part in this event, these are some of the notable food selections from the evening. Entertainment by LeftCoast Jazz Featuring Marie Hui. Zahra Alani of the CBC graciously hosted the evening.

Competing at the level demanded by the Bocuse d’Or requires limitless patience, extreme dedication and thousands of hours spent in training and coaching. First and foremost, though it needs a chef who can compete shoulder to shoulder with the best chefs in the world and whose talents and unwavering commitment set them apart, for Canada that chef is Alex Chen. Chef Chen grew up and fell in love with cooking in Vancouver. His career has taken him across North America with positions in some of the continents finest hotels including Four Seasons Toronto, Four Seasons Chicago and most recently as the Executive chef of The Beverly Hills Hotel and Bungalows: he has now returned to Vancouver to prepare for the world’s most prestigious culinary competition.