With a spectacular view of the mountains, I attended the spectacular Hot Chefs Cool Jazz evening at the Vancouver Convention Center on May 13 were hundreds of guests tasted bites from some of the city and area best chefs and their restaurants.  This was a wine and gastronomic experience that delighted everyone, beautiful weather and the spectacular view from the convention centre. 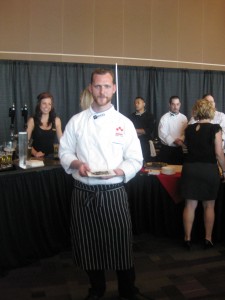 This event which was the 6th annual was a fundraiser to send the Canadian team of bocuse d’or to represent Canada in 2011 at this international competition in France to compete against 23 other countries top chefs.  Ryan Stone is currently the Executive Chef at the exclusive West Coast Fishing Club on British Columbia’s Haida Gwaii. Ryan is the Chef Candidate to lead his team in 2011 to represent Canada. 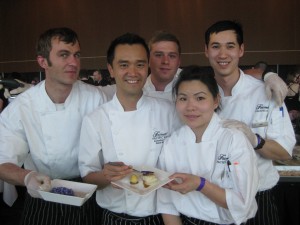 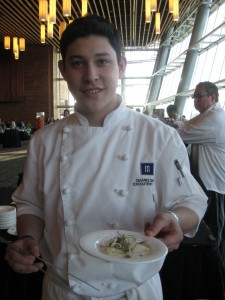 Over 27 restaurants and their top chefs took part in this event and as much as I sampled most of the tasting plates I had my chosen favorites from the evening. The dishes that I enjoyed most were Dungeness Crab & Scallop Raviolli with spring peas, lobster & tarragon vinigrette from CinCin; the Sake Kasu Sabelfish with sweet miso sauce from ORU; the Okanagan Merguez Sausage with carmelis chevre & potato, lake country asparagas & morels, fester’s micro greens from RauDZ; the Guiness Braised Angus Shortrib with pickled shallots, micro shard and apple chipotle cornbread from Terminal City Club and the Seafood Ceviche in seaweed cone from VOYA. 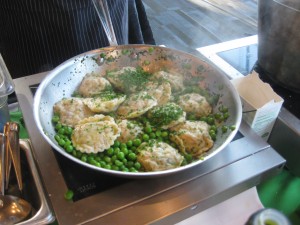 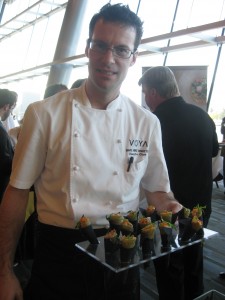 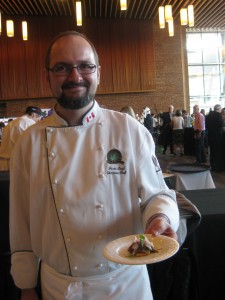 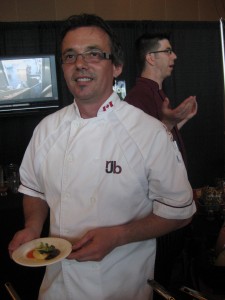 Hot Jazz with a live jazz group played while everyone was eating and drinking making for a wonderful evening. 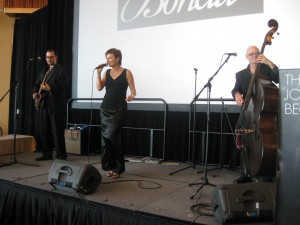 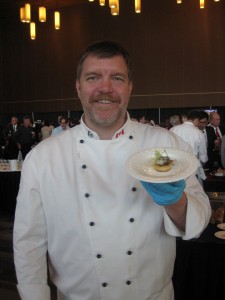 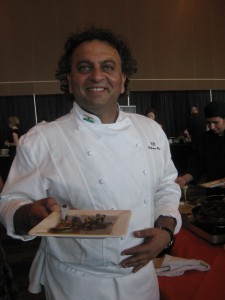 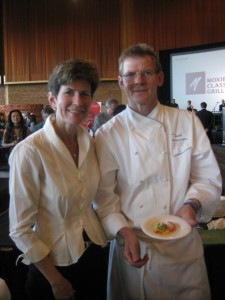 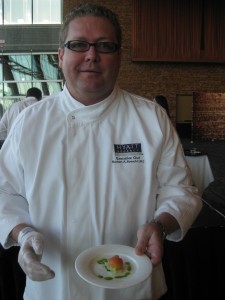 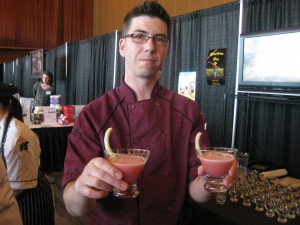 One of the best cocktails was made by Gerry Jobe of RauDZ of Kelowna and his drink was the Okanagan Spirits Rhubarb & Raspberry Sour.  Asides for the great food there were great wines from some of the top wineries in British Columbia including Inniskillin, Jackson Triggs, Nk’mip Cellars, Osoyoos Larose, See Ya Later Ranch and Sumac Ridge. 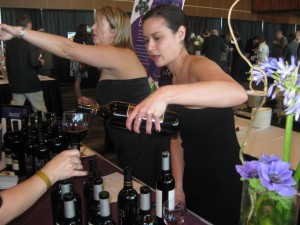 A spectacular event like this would not be complete with out desserts and all of the desserts were spectacular, I loved the Chocolate Ganache on a crisp hazelnut base, salted caramel and chocolate orange sorbet from The Peartree Restaurant and the Organic Granny Smith Apple & Red Fife Wheat Flour Crumble with almond frangipane, quince jelly and caramel drizzle from ShowCase Restaurant as well as the Chocolate & Mignardises from Boneta and the Petit Fours from Savoury Chef. 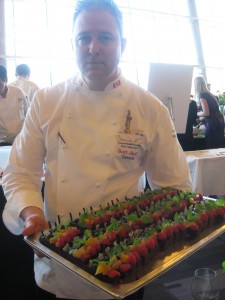 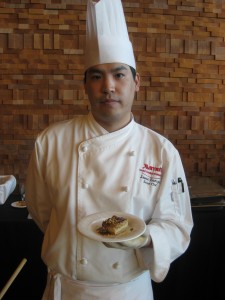 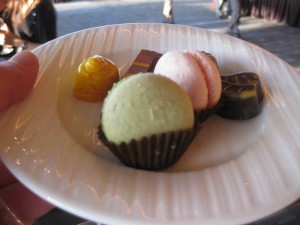