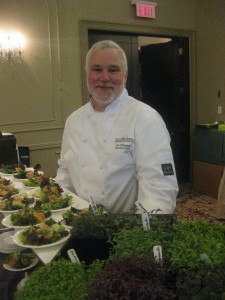 On April 10th, for the 2nd year in a row, I attended Food Fight! The Battle for Brunch that benefited Variety – The Children’s charity.  The event brought together some of BC’s finest chefs in a battle for best brunch. Guests sampled each delicious offering and cast their ballot to declare one chef the Food Fight champ! A couple hundred foodies and their friends enjoyed tasty eats from the participating restaurants. 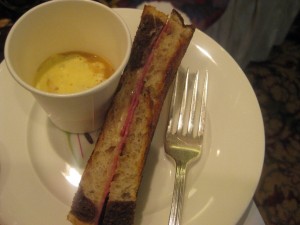 Event contenders were the Executive Chefs from MARKET at Shangri-La, O’Doul’s Restaurant and Bar, Terminal City Club, Tigh-Na-Mara Seaside Resort and YEW Restaurant at the Four Seasons Hotel and the Abercorn Inn. 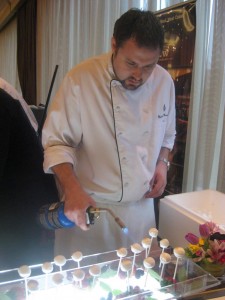 After the ballots were cast, it was an incredibly close race but Yew restaurant + bar at the Four Seasons Hotel Vancouver came out on top, thanks to their delicious Serrano Ham and Manchego Cheese Croquette and Wild Berry Cheesecake Lollipop. 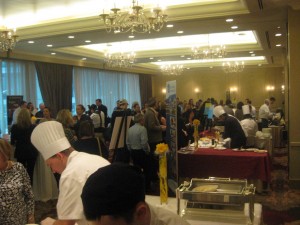 Runner up was Ebo Restaurant at the Delta Burnaby Hotel and Conference Centre with their Quail Egg Benedict, House Cured Maple Bacon and Pecan and Banana Stuffed French Toast. 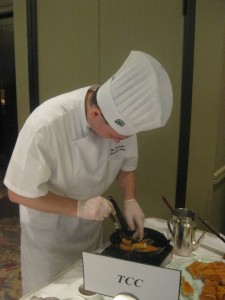 My favourite dishes this year were not the winning dishes, my favourites were the French Toast with caramelized apples by Market, Italian Panini on marble rye with crab bisque and saffron cream by Tigh-Na-Mara Seaside Resort. 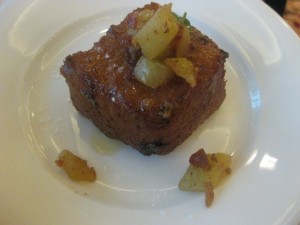 The always entertaining Fred Lee was back as emcee and served as live auctioneer. The auction, raised an incredible $4,250! In total, the event raised over $40,000, which will be used by Variety to support children in British Columbia who have special needs.