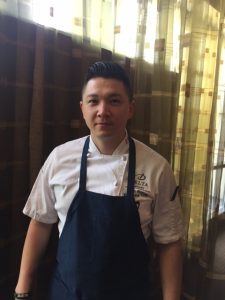 Both of Keith’s parents were chefs and his grandparents owned a Western Chinese restaurant in Vancouver. He wanted to do something in entertainment at a young age. When he was 14 years old, his first job was at The Teahouse as a dishwasher, he then spent the next 6-1/2 years working for the Sequoia Group in various positions from Dishwasher to prep to plating dishes. His mom pushed him to go VCC Culinary School to do his apprenticeship, which he did when he was around 20 years old while working at The Teahouse and then The Sandbar. In 2006 he left to open up the Watermark at Kits Beach where he worked for 3 years as a Jr Sous Chef and worked his way up to Executive Sous Chef. He then went to work for his dad at the Argo Café for awhile before joining the Delta Burnaby Hotel and EBO Restaurant as a 1st cook 7 years ago, he worked his way up to Chef de Partie, Sous Chef and became the Executive Chef 2 years ago. 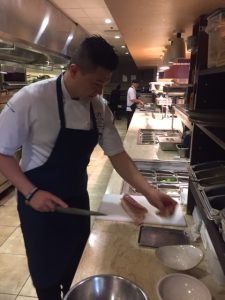 I played a lot of team sports while growing up in high school. One day a culinary competition came up and I ended up joining and I liked it. That got me into more competitions.

Tell me about the Canadian national culinary team

I was a part of this team representing the Delta Burnaby and we placed as one of the 6 finalists in Toronto this past April. 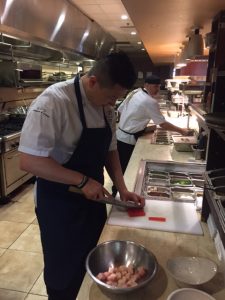 How many competitions have you done so far? 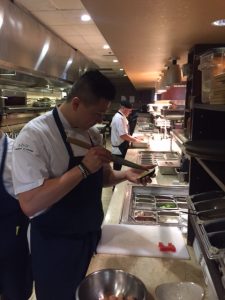 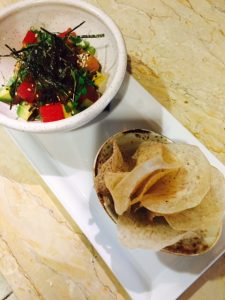 Refreshing of watermelon and it is light, gold flakes is colourful and adds a little Asian influence. 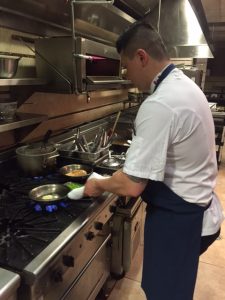 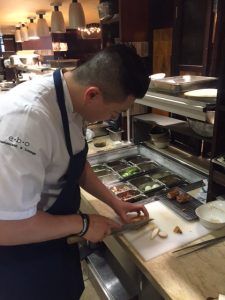 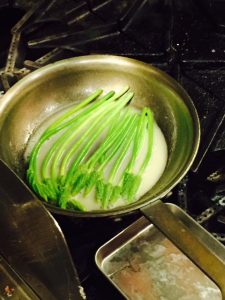 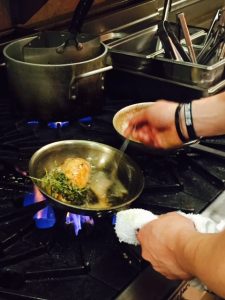 What have you learned from your parents that you are applying to your career today?

My dad is very consistent, his food is always good, and he taught me about the Integrity of the product.

My mom taught me how to network, talk to the guests, how to mentor and guide the team of chefs. 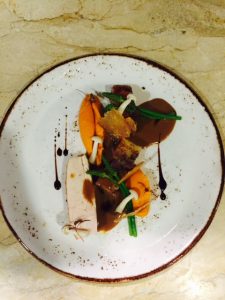 Asian influence chicken dish from what me and the team like to eat at dinner on a Saturday afternoon. 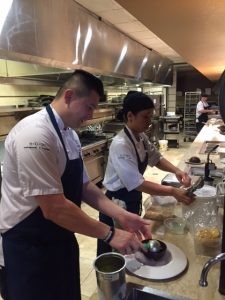 Family time with my 2 kids 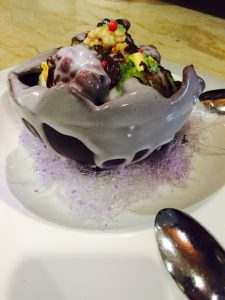 Everything my team liked as a kid all together that had a cool factor.

What do you want to do in the future?

I want to open my own restaurant eventually.

What challenges you in your Executive Chef role at you your hotel?

Being a second floor restaurant in a hotel in Burnaby; and people knowing we are here.

Tell me about your Chopped Canada involvement

I was in Season 3 filmed last July, and I won 1st place with a $10,000 prize and recognition, the episode aired on April 30 on Food Network “Something is Fishy”.