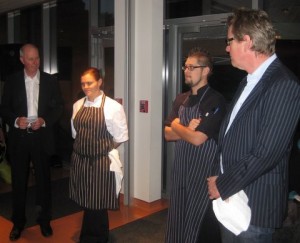 On September 23, the Museum of Vancouver held an Iron Chef Competition as part of their ongoing exhibit Food and Sustainability. This competition saw two local chefs, Todd Bright from Wild Rice and Jennifer Peters from Raincity Grill facing off with two bbqs, and locally grown produce and chicken. They each had a sous chef and exactly one hour to prepare two dishes. 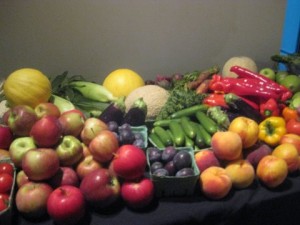 I was the head judge along with a few other judges who were selected from the audience and our task was daunting. We had to sample all the dishes and judge on the presentation, use of local produce and taste. In the end the winner was Jennifer Peters and her Sous Chef of the Raincity Grill. 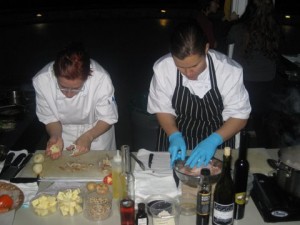 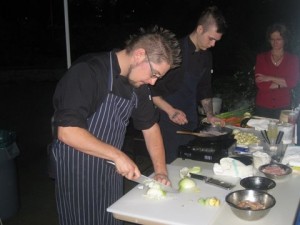 The MC’s for the evening were David Beers, Editor of The Tyee and Journalist Steve Burgess. The guests at this sold out event had the opportunity to watch this competition as well as to mingle and eat local vegetables, fruits, cheese and sip on wine.

Check out the MOV and their upcoming events at http://www.museumofvancouver.ca

A Quest for the Best Cinnamon Buns