There are all sorts of competitions for bartenders happening in and around Vancouver, when I heard that Jay Jones, one of the partners of the new restaurant/bar Pourhouse in Gastown was organizing ‘The Craft of Cointreau’ I had to be there. This was an awesome event that featured ten of the best bartenders in Vancouver in competition. Cointreau was the sponsor and the winner of this competition was Geoff Robinson of The Diamond who is the lucky man who gets a free trip to France to spend 5 days courtesy of Cointreau. This was Geoff’s first competition and his winning drink was the “Auld Alliance”. In 2nd place was Justin Tisdale from The Market and in 3rd place was Lauren Mote of The Refinery. 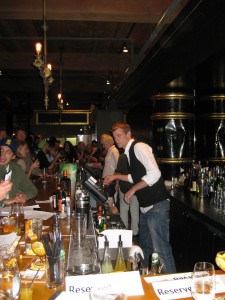 Trevor Kallies Competing Behind the Bar

The other participants included: 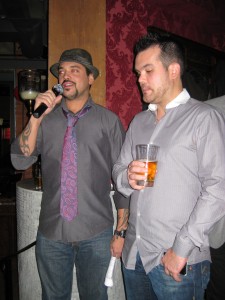 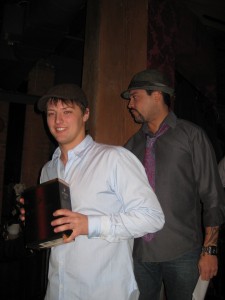