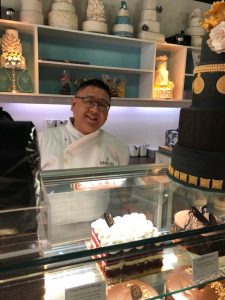 I had a chat with Peter Fong who owns the Ganache Patisserie located in Yaletown.

You have been around for 15 years, from when you started in the beginning to what you are offering to customers now, tell me about it

Would you say with your baked goods and croissants in general, when you started years ago, was it a big thing in Vancouver or has it developed over time?

It wasn’t a big thing back then, we were one of the first to do the new French style of croissants, probably the past decade has seen a boom in new pastry shops offering croissants around the city.

What is the standout croissant for you here at Ganache?

Lately I have seen you do a raspberry version?

Yes we have a raspberry almond croissant, it has a layer of marzipan inside with homemade raspberry jam, glazed with icing on the outside.

On the cake side of things, what is the latest as far as trends for design of cakes go? 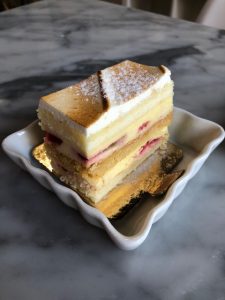 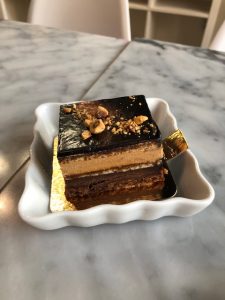 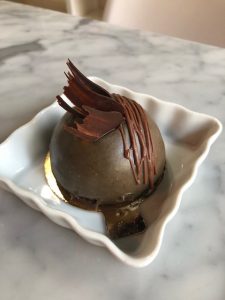 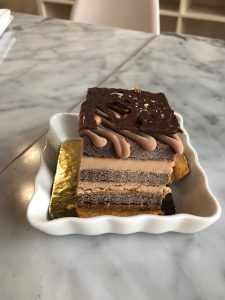 15 years is a long time, before you opened back then what was your idea from what you did before to opening your patisserie shop in Yaletown?

It was my dream to open up shop, but my first thought after graduating from culinary school, I wanted to open a dessert café but after working in hotels and seeing how that part of the business worked and making wedding cakes from home on the side, that is what drove the business when I first opened. I ended up becoming well known for making wedding cakes and things like that and having the showcase with our unique desserts and cake flavours, that is how that evolved, that is how it grew from 8-24 desserts, changing menus 3 or 4 times a year, and being able to add on new items and not being able to take desserts off the menu, somehow the menu just keeps on growing.

I know you have done a lot of cakes from your collection on your instagram, is their one that stands out in your memory for being the hardest one you have made or popular?

I have done so many, some for Bar Mitzvahs, we have done an Empire State building cake, we have done some cool Harry Potter and Super Hero themed birthday cakes, we have done a 12 tier cake for a wedding that had 400-500 guests attending, some challenges in terms of how to assemble it there.