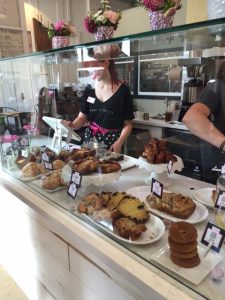 With it’s focus on whole pies or pie by the slice, Gabi & Jules bakery has recently opened in Port Moody. Owned by Lisa and Patrick Beecroft, the bakery and the pies are named after the couple’s two daughters, 4-year-old Gabi and 8-year-old Jules who has autism.

The Beecrofts began serving pie about a year and a half ago at their three Caffe Divano locations. They decided to open a stand-alone bakery focusing predominantly on the pies to meet demand. 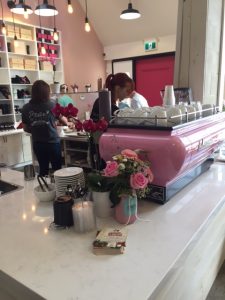 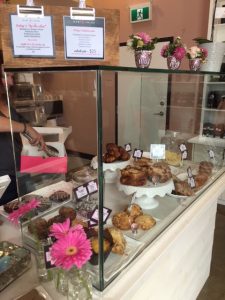 Gabi & Jules pie crusts are made with real butter instead of shortening, which gives them their golden hue. The fillings are made with chunks of ripe fruit and spices and aren’t overly sweet. Six to eight pies flavours will be available at any one time, including the signature Strawberry, Peach, Ginger pie which is always on offer. 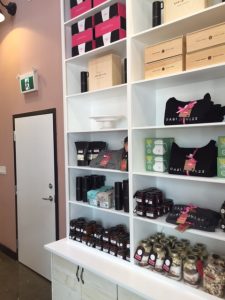 In addition to pies, the bakery is serving other treats, coffees and teas.  Jams, flavoured popcorn, nuts and bake-at-home scones and brownies will also available for purchase.