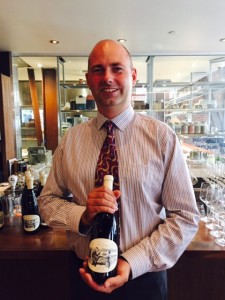 On August 20, I attended this spectacular dinner featuring notable BC winemaker Foxtrot Vineyards. I was fortunate to be seated next to Torsten Allander who is the founder of the winery along with his wife Kikki; as well as Winemaker Gustav Allander and his wife Nadine Allander who is also a winemaker. I had a chance to enjoy wonderful conversation, wines which were paired with delicious courses created by Executive Chef, Stefan Hartmann. 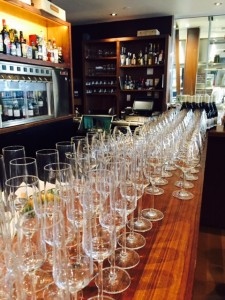 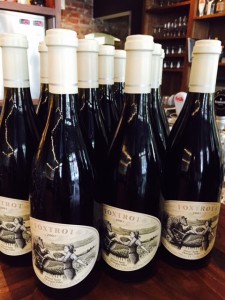 Gustav has been the winemaker at Foxtrot Vineyards since its first vintage in 2004. A division of Foxtrot Vineyards, Wapiti Cellars was started in the fall of 2010 to allow the winemakers, Nadine and Gustav Allander, to vinify non-Burgundian wines. A fan of aromatic whites and full bodied reds, Nadine is excited to be making a Viognier and looks forward to introducing a Bordeaux-style red in the future. Wines from both the Foxtrot label as well as the Wapiti Cellars label were featured in the wine pairing during the dinner. 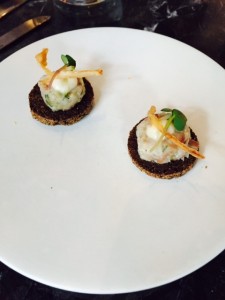 Mathes Tartare on pumpernickel, this was paired with the reception wine Dr. Loosen ‘brut’ Riesling. 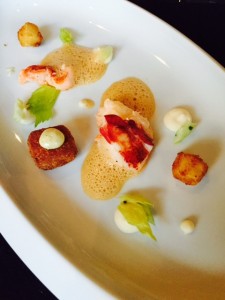 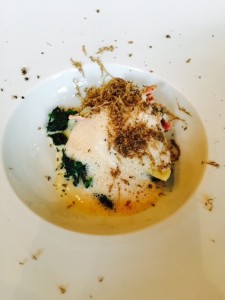 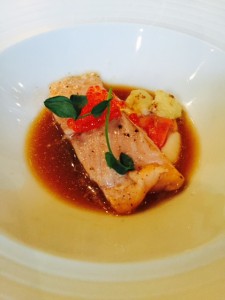 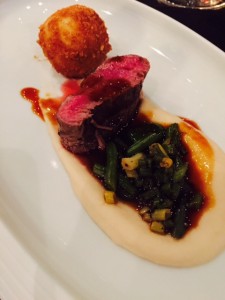 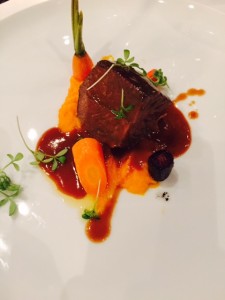 Brie de Meaux with hazelnuts and sour plums tempting our palate before dessert! 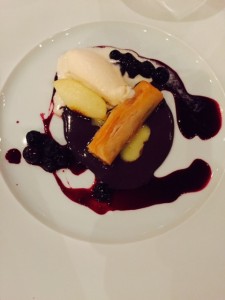 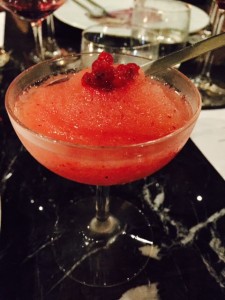 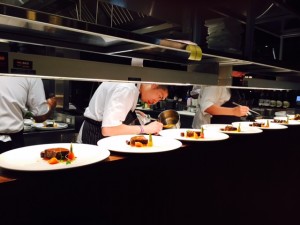 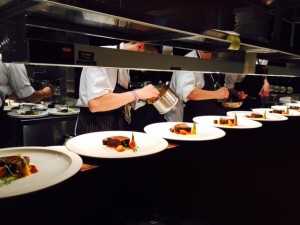 Watching the chefs team plate each of the dishes was a fete unto it’s own, perfection at play as orchestrated by Executive Chef Stefan Hartmann.

This was the restaurants first winemakers dinner since opening a few months ago and having Foxtrot Wines was indeed the perfect winery to kick things off.

This 7 course dinner that featured Baltic-inspired dishes created by Chef Stefan Hartmann were a tribute to the Allander family’s Swedish roots, and influenced by Hartmann’s own personal experience growing up in Northern Germany. 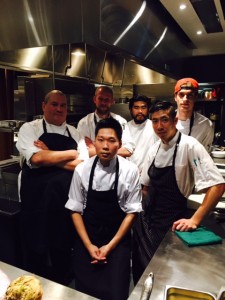 My favourite wine and food pairings of this dinner were the Arctic Char cauliflower, peas, radishes, caviar paired with the Foxtrot Vineyard Four Shadows Chardonnay 2013 which was absolutely delicious. I also loved both of the beef selections with their respective Pinot Noir 2007 and 2012 vintages, both wines were so different yet immaculate in the pairings with the two beef dishes.

We Heart Local Awards BC