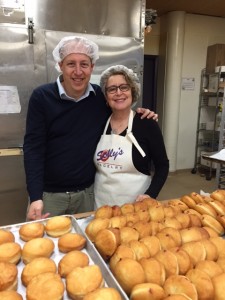 The 8 day Jewish festival starts early at Solly’s Bagelry when their bakers begin making their Jelly Donuts (Sufganiot). I visited to watch the Jelly donut making process from the beginning to end where Owner Leah Markovitch inspects the donuts to perfection. 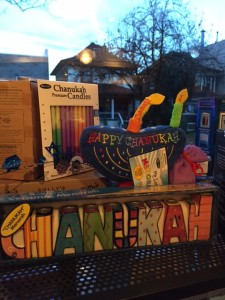 Solly’s (3 locations) has been serving Vancouver with their Jewish baking for almost 20 years, every year production ramps up ahead of the festival of lights (Chanukah) were people enjoy these festive treats, from jelly donuts to latkes, cookies and more. 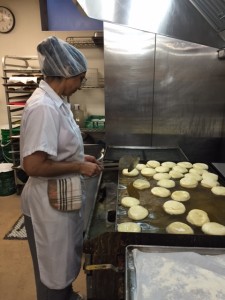 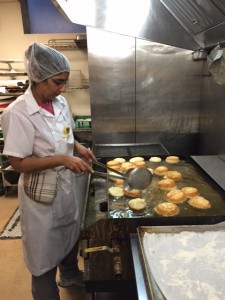 Baker Lucky (Lukita) starts to fry the doughnuts in the oil, starting at 7:30am to a golden brown. 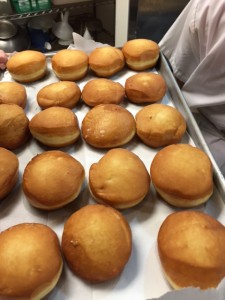 The donuts cool for a few minutes before the next stage. 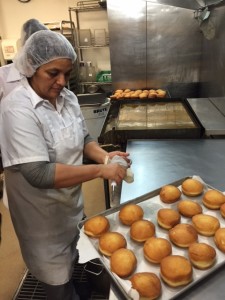 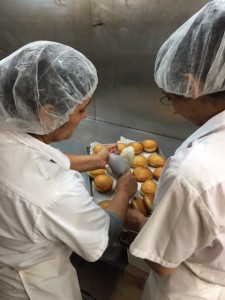 The the filling of the donuts begins, hand filled one by one with raspberry jelly. 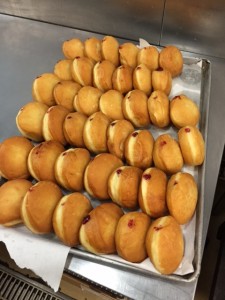 The filled donuts sit to rest before the next and final stage. 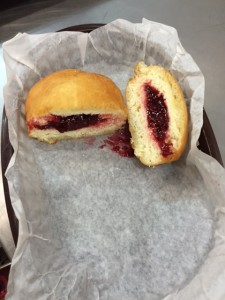 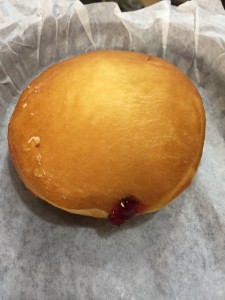 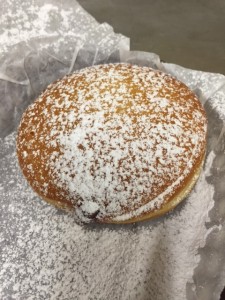 The final stage, a sprinkling of powdered sugar. 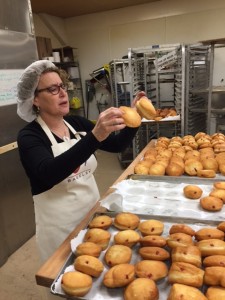 Have a listen to learn more, I talked about Solly’s and their Jelly Donuts on my Best and Foodiest segment on CKNW with Mike Eckford

This year the holiday is celebrated from December 16 – 24, 2014, look for a whole lot of treats available in each of their stores during the festival week and in the weeks leading up to the festival of Chanukah.

Solly’s (3 locations) is located at 368 West 7th Avenue; 2873 West Broadway and 4071 Main Street. You can follow them on Twitter @SollysBagelry