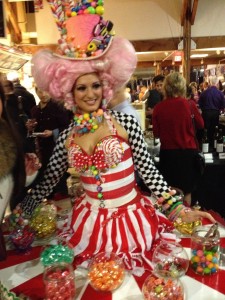 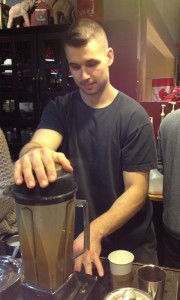 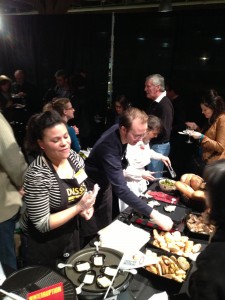 From the Public Market, guests tasted  a selection of seafood, pastries, breads, and much more with wines from British Columbia. I loved the Masala Chai at the Granville Island Tea Company, as well as the Raclette from Dussa’s Ham & Cheese, the Pear & blue cheese tart with caramelized onions and balsamic syrup at L’Épicerie, Rotisserrie; a delicious Guava Smoothie at Non’s Drinks. 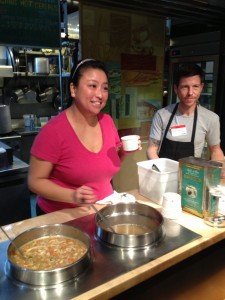 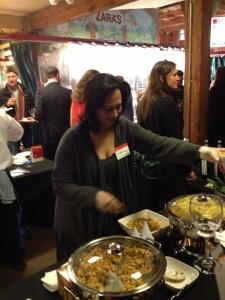 I tasted the Butter Chicken Penne at Curry 2 U, a selection of cheeses from Benton Brothers Fine Cheese, Smoked Salmon spread at La Baguette & L’Echalote, Chai Cookies at Laurelle’s Fine Foods, Indian Candy at The Salmon Shop, Spiced Gyoza at South China Seas, and the folks at The Stock Market were serving up their Tom Yum Soup. 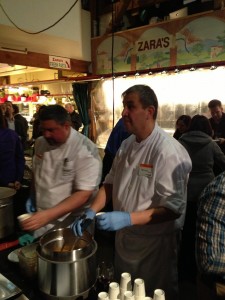 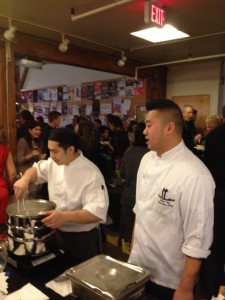 There were also a couple of restaurants and chefs from Granville Island’s top restaurants serving up tasty bites including a delish Lobster Bisque from Bridges Restaurant, Sablefish on duckfat chips from Edible Canada at the Market, and Seafood Stuffed Dumplings from the Sandbar Seafood Restaurant.

Guests had a chance to sample BC VQA wines from more than 37 BC wineries pouring their best, there was a Candy Girl dressed as a Candy Buffet Bar swirling through the market aisles, there were women high up on stilts walking the aisles and so much more!

I made a few dishes last week with an Asian theme,