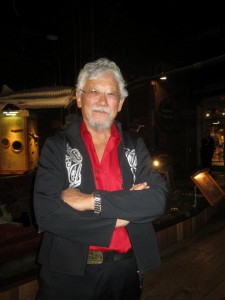 On May 11 I attended, Cooking For A Cause,  hosted by King Pacific Lodge and the Gitga’at First Nation, a celebration marking the launch of their co-founded charitable organization: Guarding the Gifts. The intimate evening held at the Gulf of Georgia Cannery brought together a collective of likeminded environmental and cultural advocates, that featured top culinary talent, to draw attention to the risks the Northern Gateway Pipeline Project poses to the First Nation Gitga’at people and the Great Bear Rainforest on BC’s northern coast. 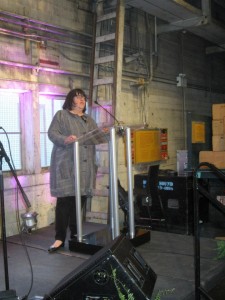 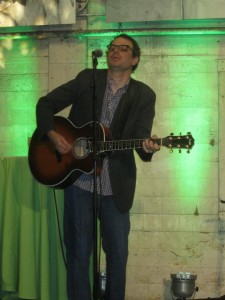 Hosted by Vicki Gabereau, Cooking For A Cause featured an evening of entertainment – including an acoustic performance by rock icon Matthew Good, and songs by First Nation singer Ta’Kaiya Blaney. A notable highlight of the evening was a keynote address from environmentalist David Suzuki, who is an adopted member of the Eagle clan of the Gitga’at First Nation. 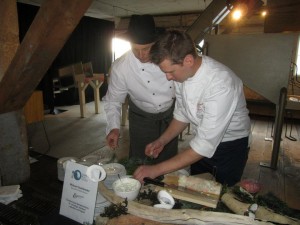 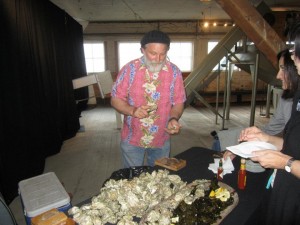 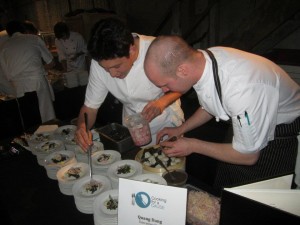 Chef Quang Dang and one of his chefs from West Restaurant 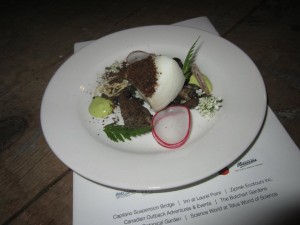 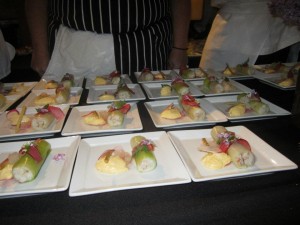 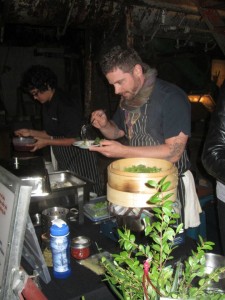 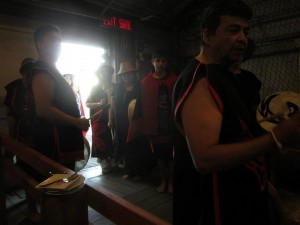 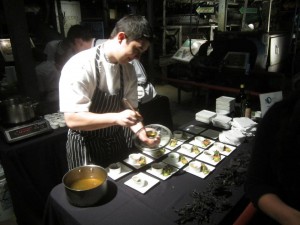 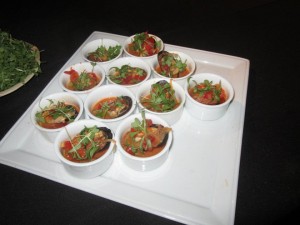 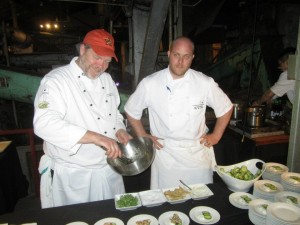 Chef Robert Clark and Chef Lee Humphries with their honey lemon glazed octopus with a cuke salad, tzatziki and an oregano cracker 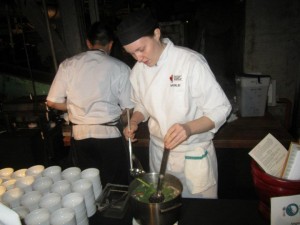 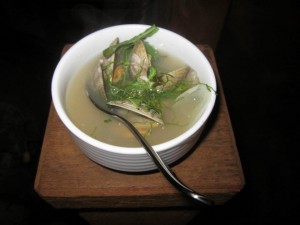 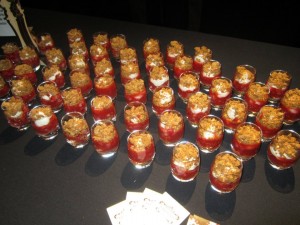 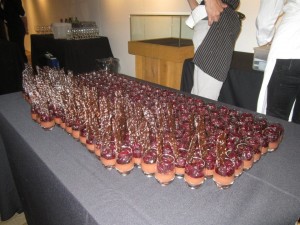 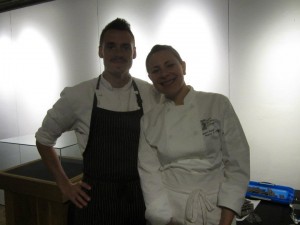