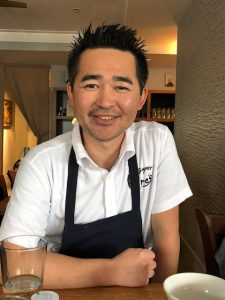 Hiro was born and raised in Nagoya, Japan, after graduating high school, Hiro attended culinary school in Nagoya for 1 year. He then worked Kaiseki style at Nadaman restaurants working as a cook. He spent 3 years there working all the positions including front of house so that he could understand the customers and learn as much as possible. It was a large restaurant (which is presently owned by the Asahi Beer company). In 1997, he visited Vancouver for the first time as his relatives were already living here. He then travelled back and forth to learn and help at Tojo’s Restaurant for 2 years, the restaurant that his Uncle Tojo owned. In 2000, he moved to Vancouver permanently and then worked at Tojo’s for 17 years in every role. In early 2018 he left to open his own restaurant, Super Hiro’s in Kitsilano.

Where did you learn to make Sushi?

At Tojo’s in Vancouver, I learned how to roll sushi, as well as the Nigiri style. 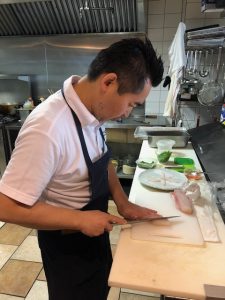 What is your style of Sushi?

I make a Niguri style (orthodox style), with soft rice ball using medium firm rice as cooked then the fish put on top to balance.

What has it been like for you running your own restaurant?

Slow from the beginning and growing my regular customer base. 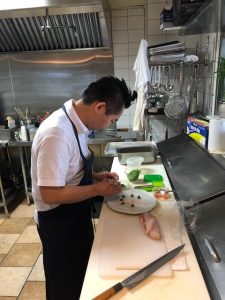 What is your favourite food to eat? 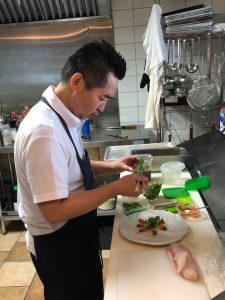 What dish on your current menu would you pair with Sake? 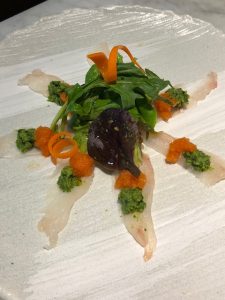 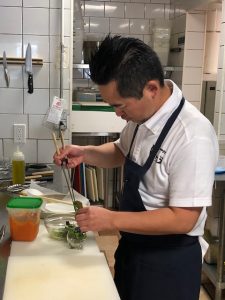 Do you Cook at home? 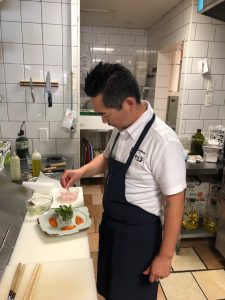 Do you make your own Noodles?

I used to make my own Udon noodles 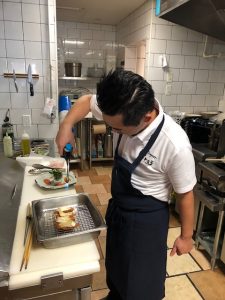 What are your favourite drinks? 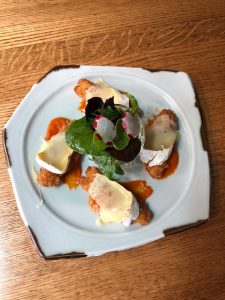 It came from fish & chips, gives Westerners a good entrance to my Japanese cuisine. 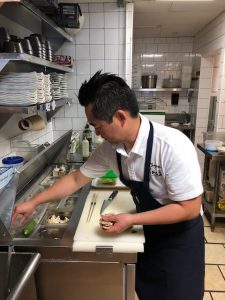 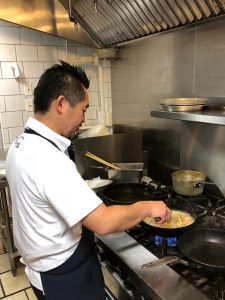 What is Japanese Pepper that you used for your 1st dish? 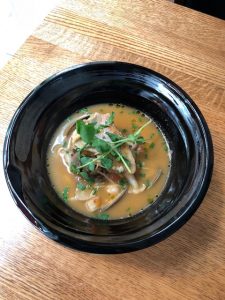 Started with a bouillabaisse with fish and seafood from the ocean.