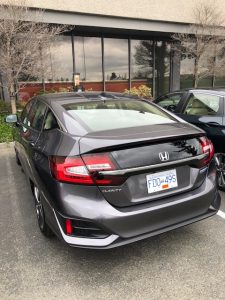 I recently spent the week test driving the electric hybrid Honda Clarity 2018 car around the city while I was out and about trying some new dishes and such at restaurants inside and outside of Vancouver. 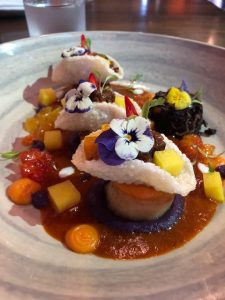 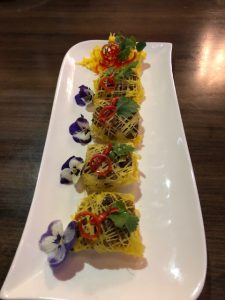 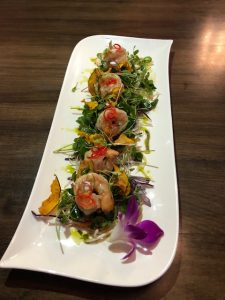 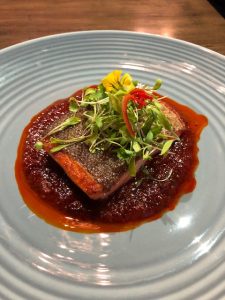 The Honda Clarity is a hybrid vehicle, on a full electric charge it gets 76 km, it also has a backup battery which can go another 500 km on a full tank of gas. 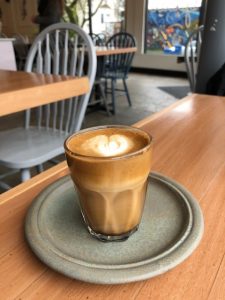 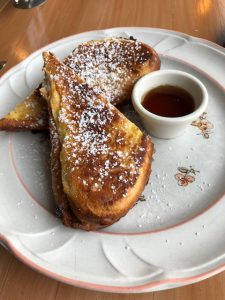 Had brunch at Spade on Commercial Drive while catching up with a friend, here I had a Cortado along with the French Toast which was stuffed with raspberries and cream cheese. 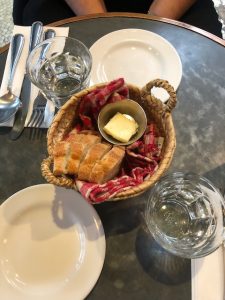 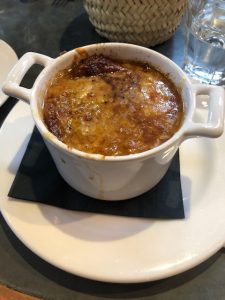 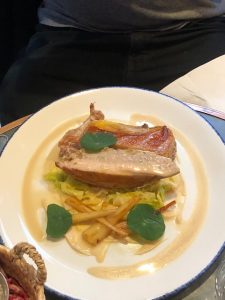 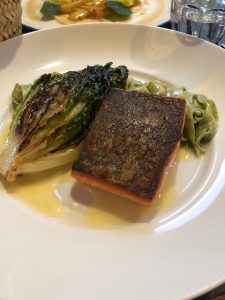 Had dinner with Lawrence at Au Comptoir, a French restaurant in Kitsilano that he hadn’t been to in the past and one that I am fond of. After some of their house bread, we both had the delicious French Onion Soup. Lawrence then had the Pheasant while I had the Steelhead Salmon.

Some of the unique features of the Honda Clarity are when in Driving mode, long pressing is hv button, this feature charges the electric battery about half away – allowing for greater use of the electric battery. I also liked the outside led lights which are sharp and bright; this car operates with a very smooth drive. There is a side view and rear view camera, both features are useful when changing lanes and reversing. There are 2 USB charges on either side of the console in the front seat. I like the end result of the mileage I got on the car using the electric battery, saved on gas consumption

Other unique features are the large 8 inch screen front display; as well as the spacious front seats which are comfortable; there is a spacious trunk; along with automatic sensored windshield wipers. 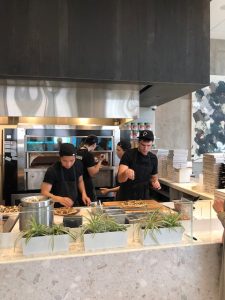 One night during the week drove out to Wesbrook Village which is located at UBC for a plant-based dinner at the newly opened Virtuous Pie. 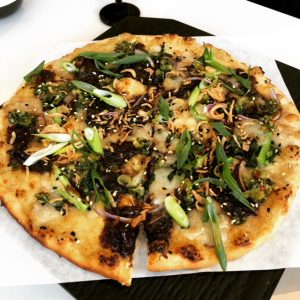 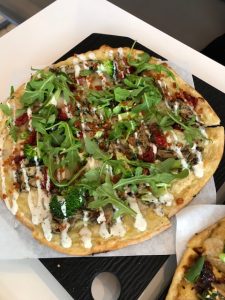 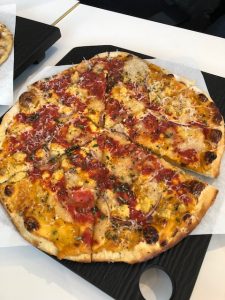 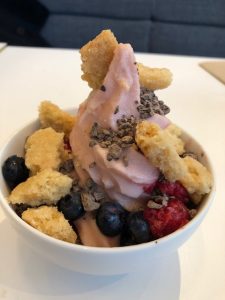 Unique to this location, they have vegan Soft Serve which is made in-house, we had their sundae offering with the Vanilla & Strawberry Twist, topped with Shortbread Crumble, fresh Berries, and Chocolate Chunks. 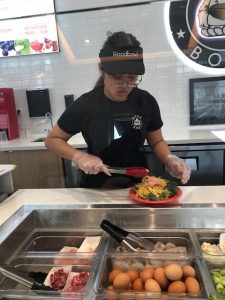 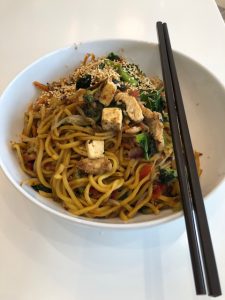 Took at drive out to Richmond for lunch to an eatery that I had yet to visit, Good Bowl had opened about 6 months ago in central Richmond off of Garden City and Aberdeen Way. Here you choose from 3 sizes of dishes offered then you select the vegetables, proteins and other ingredients you want which they then cook on an open grill, adding in your desired sauce along with white or brown rice.

I really enjoyed the Honda Clarity, hardly used any gas with an end result of spending less to fuel up the car for the week, it was a great car to drive around Vancouver in the to try some great eateries.

Disclosure: Honda Canada provided me with the 2018 Honda Clarity for a week to test drive, and photograph.

Chefs in the Hood