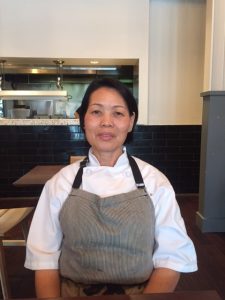 Yen wasn’t interested in cooking while growing up in South Vietnam. It was only after she moved to Canada her love for cooking developed, she first lived in Prince George and then settled in Vancouver in 1986 with her husband. Her cousin in San Diego taught her how to make Vietnamese snacks at his restaurant there and she learned how to make Pho. At home in Vancouver she perfected her Pho recipe and developed a business making Vietnamese snacks at home an delivering to all the Vietnamese markets around the city. It was a very tight community years ago more than it is now. After a year of making the snacks, the city told her she couldn’t make the snacks at home, she needed to have a restaurant or a commissary space.

In 1987 she opened Pho Thai Hoa at 789 Kingsway in order to cook her food. This was the families first Vietnamese restaurant. 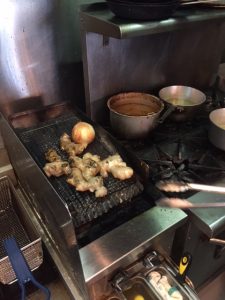 Ginger and onion on the grill 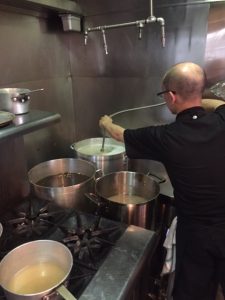 I joined her in the kitchen to make her Pho, Yen says, you want the broth to be clear, pure, it is about adding subtle flavours, aromas, vervaciousness is key.

There next restaurant was Pho Thai Hoa at 535 E. Hastings which they had for 5 years before they sold it to the band who was performing in the restaurant. Yen and her family then opened another Pho Thai Hoa at 1030 Kingsway before they found a location in Richmond where they opened another Vietnamese restaurant under a different name. They weren’t sure opening another restaurant in Richmond would be successful so they opened under a different name in case it didn’t work. They opened Green Lemongrass in 2004, it was successful and they have since opened another Green Lemongrass on Kingsway in Vancouver.

Then her friend needed some help, so she joined her and opened Broken Rice Restaurant in Burnaby Heights for a modern take in 2012. In 2016, her son Patrick and daughter Victoria opened House Special in Yaletown with a modern take of Vietnamese cuisine. 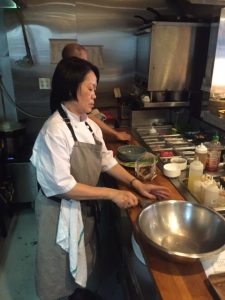 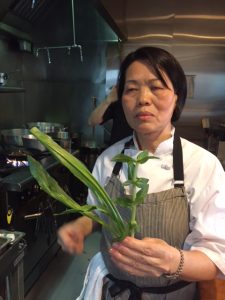 the basil they use is grown in Hawaii 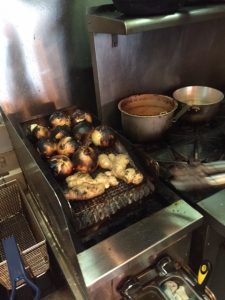 the ginger and onion charred on the grill

I asked Yen, what is the art to creating the best Pho. She puts chicken bones in with the beef bones which makes the broth tastier. It is about the order of how you put the ingredients in the water, skim the water. 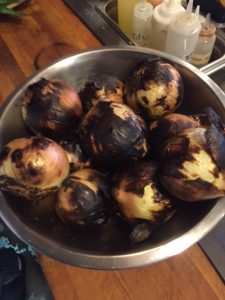 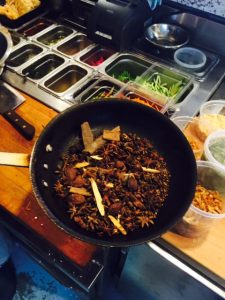 roasts a selection of spices in the pan 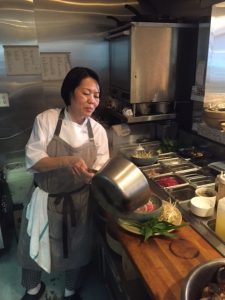 She grills whole onions and ginger on the grill, then roasts a selection of spices in the pan on the flame grill.

I asked Yen, what would say goes well with Pho, in Northern Vietnam with Chinese donuts and pickled onion.

Since House Special had opened, Chef Yen Do has been keen on helping her children out in the restaurant kitchen. 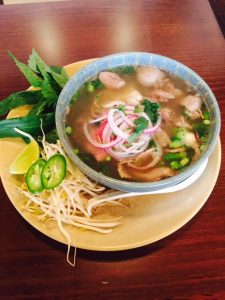 I sat at the table chatting with Yen and her son Patrick about their family and their love for Vietnamese cuisine, while I enjoyed a bowl of her delicious Pho, this is of course featured on the menu in their Yaletown restaurant.

You can find House Special downtown Vancouver at 1269 Hamilton Street and you can find them on Instagram here.