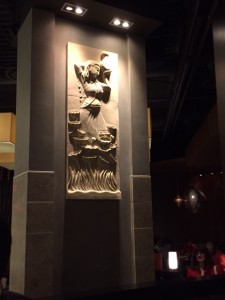 To celebrate their 4th Anniversary, owner Inder Saini and his Manager Harman Basutta welcomed me and some other guests to indulge in quite the feast. This was a first time visit for me to this expansive restaurant that seats 230 people in Surrey. 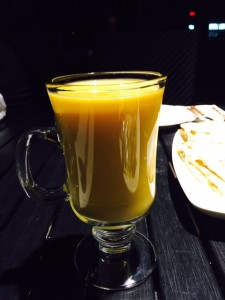 Many of the dishes that we had were new additions to the menu and there were many that I fell in love with. As I was seated, I enjoyed a Mango Lassi along with a Milk Badam which was served in a shooter glass and made with almond milk and ground almonds. 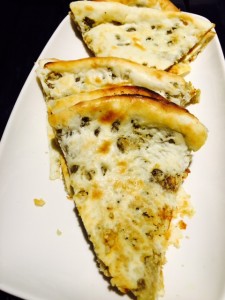 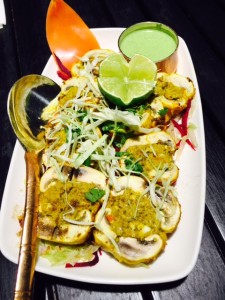 To start off what became quite the dining adventure, I am now addicted to their Kashmiri Naan stuffed with raisins, nuts, coconut and Indian cheese; also served at the same time was the Tandoori stuffed mushrooms which were stuffed with Paneer, cream cheese, Indian spices and cooked in tandoori oven. 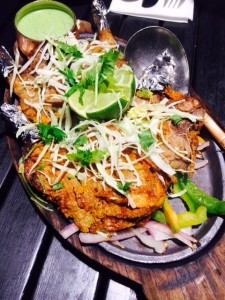 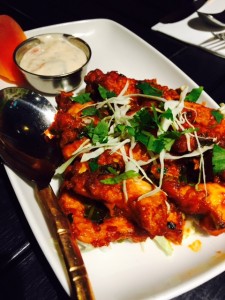 Next was the delicious and tender Lamb Chops marinated with Exotic Indian spices and baked in tandoori oven followed by the Spicy Chicken Bites with a spicy chilli glaze made from green onions, broccoli, and tomatoes. 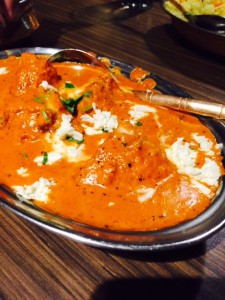 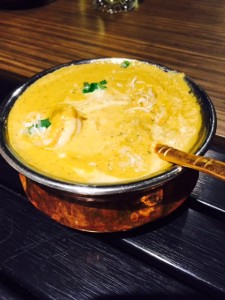 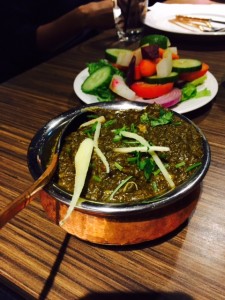 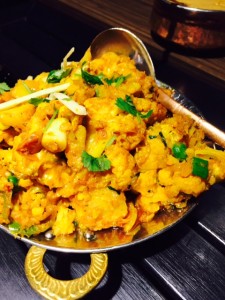 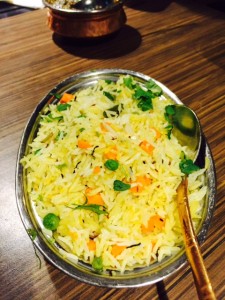 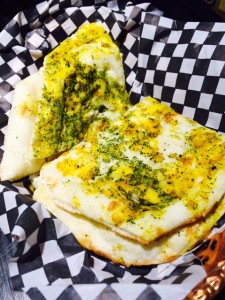 Next it was on to the mains, I loved each and every dish starting off with the Sahi Paneer stuffed with cashews and raisins, Coconut Prawn Curry: Jambo prawns cooked in creamy coconut sauce, Lamb Saag, Aloo gobi, Pulao Rice and Garlic Naan.

The concept of the restaurant was designed by Gerry Shinkewski from SSDG Interiors Inc. over 5 years ago and the restaurant was much smaller when it first opened, last year they added another large space adding more seating for dining guests. Tasty Indian Bistro is located at 8295 120th Street in Surrey, you can call them at (604) 507-9393 and follow them on twitter and Instagram @TastyIndian