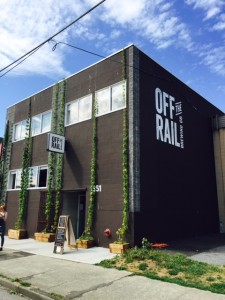 Last Sunday, I went on my own tour of four new craft breweries in the East Village neighborhood.  My cousin joined me for this walking tour as we started off at Off The Rail which is located just East of Clark Drive on Adanac Street. This brewery was established in 2014, and they are pretty much located at the entrance way of the craft beer trail which is also the same street as one of the busiest bike lanes in the city. 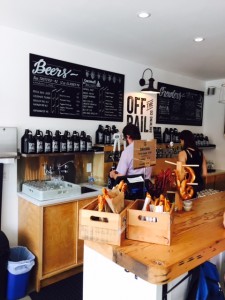 The tasting room is rather small but it is well thought out with the blackboard indicated which beers are available and the others that are out. Here you can sit at the tasting bar or at the tables in front which is where we sat. Here is the history of the brewery for a little bit more of an insight on them. 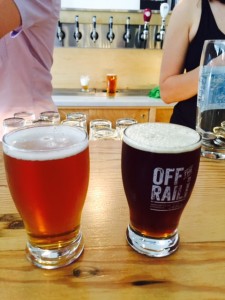 Loved tasting the Rajmahal India Ale and the Isle of Mild. 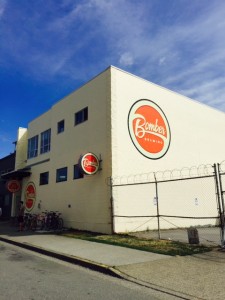 Our next stop was across the street to Bomber Brewing where it was mighty crowded inside, obviously the beer lovers here new exactly where they wanted to be on a Sunday afternoon. 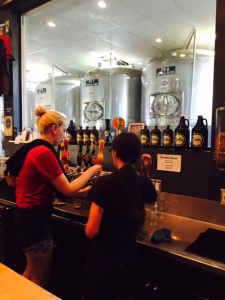 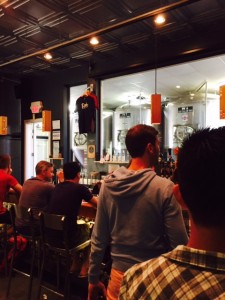 This brewery was also established in 2014, the tasting counter is fairly small, though there is more seating around the tasting room. We loved the open brewery concept where you can see the tanks and this is where they brew the beer. Here is the history of the brewery for a little bit more of an insight on them. 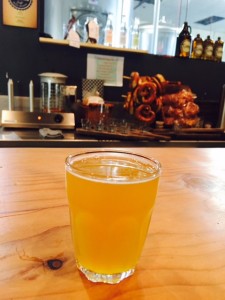 I loved the Park Life Passionfruit Ale which was light and refreshing.

I profiled these breweries on CKNW 980 AM in my featured on Craft Beer and Eats in the East Village neighborhood for the CKNW Neighborhood series. 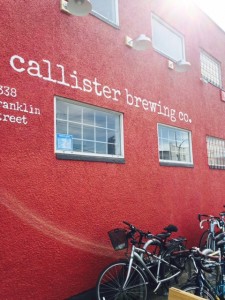 On to our 3rd stop, we walked for about 8 minutes or so to visit the almost month new collaborative Callister Brewing. 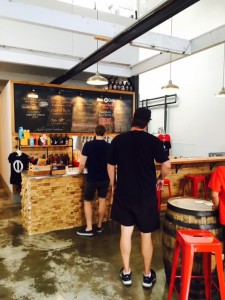 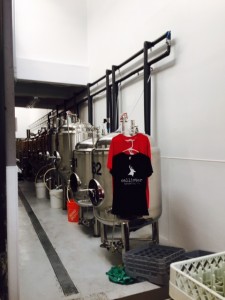 We loved the impressive tasting room where it was bright and colourful from the red façade to the red chairs and stools inside the tasting room. They have a nice open setup of the various tanks which you can see very closely from sitting at the tasting bar. There is also a good about of seats around the tasting room. This brewery is basically a small-batch nano-brewery that specializes in craft beers and sodas. This brewery was established in July 2015. Here is the history of the brewery for a little bit more of an insight on them. 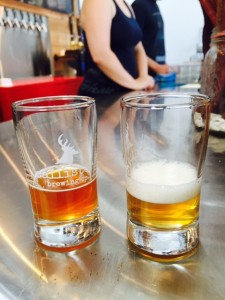 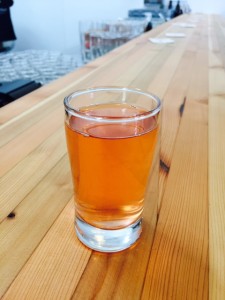 I tried the Rhubarb ale and the Apricot ale, fell in love with the Strawberry Guava handcrafted soda! Discovered they make their own handcrafted sodas with different flavours weekly. 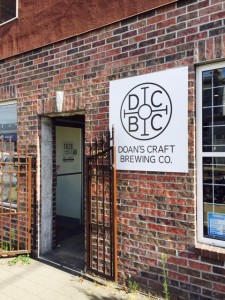 Our last stop was over to Doan’s Craft Brewing nearby which was our last brewery on the afternoon walking tour through East Village. 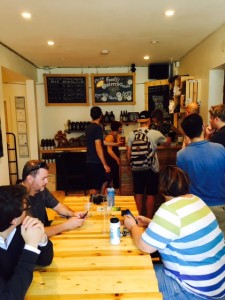 The tasting bar here is small with about 3 or 4 taps featuring what is currently available. You can sit at the communal table or at one of the other smaller tables inside the tasting room. This brewery was established in 2015. Here is the history of the brewery for a little bit more of an insight on them. 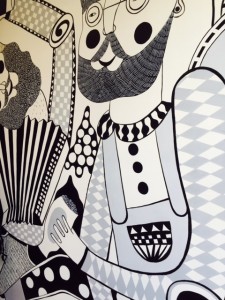 You can’t miss the large wall mural that was designed by local artist Ola Volo, she also designed the labels on the beer bottles. 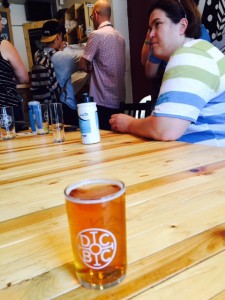 I had a taster glass of the German IPA.

This walking tour was a lot of fun and it was great to explore more of the neighborhood and experience more of the local craft beer scene. Most of tasting rooms are open daily, so put on your walking shoes or grab your bike, then find a friend or two to join you.