To celebrate the 1st Anniversary of Ronald McDonald House BC, four chefs were invited (Angus An, Robert Belcham, Ned Bell, and Jonathan Chovancek), utilizing four kitchens and to create four tasting dishes, each paired with a zero-proof cocktail designed by Lauren Mote. 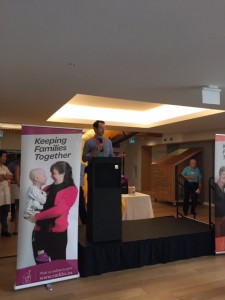 This was a one of kind charity event emphasizing the beautiful facility of Vancouver’s Ronald McDonald House.

Each chef was presented with a theme to prepare their dish and pairing beverage based on each of the four residences. Chef Jonathan Chovancek represented the Mountain, while Chef Ned Bell represented the River, Chef Robert Belcham was Forest and Chef Angus An represented the Beach. 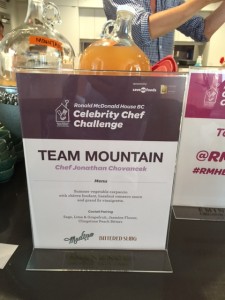 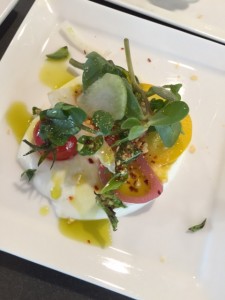 Chef Jonathan Chovancek and his team presented this dish based on the  Mountain theme. His dish was the Summer Vegetable Carpaccio with chevre fondant, hazelnut romesco sauce and grand fir vinaigrette. 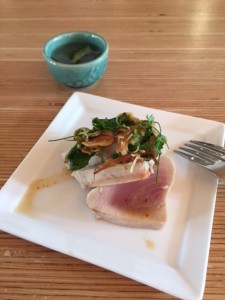 Chef Angus An and his team presented this dish based on the Beach theme. His dish was the Grilled Tuna Salad with fried shallots and chili jam. 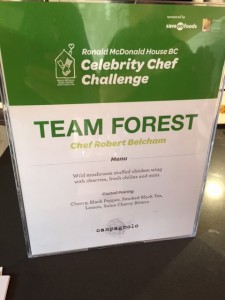 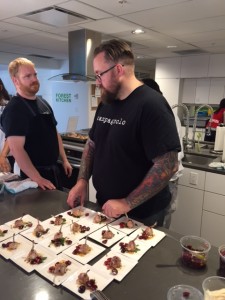 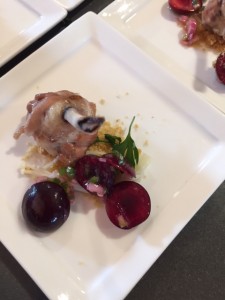 Chef Robert Belcham and his team presented this dish based on the Forest theme. His dish was the Wild Mushroom Stuffed Chicken Wing with cherries, chilles and mint. 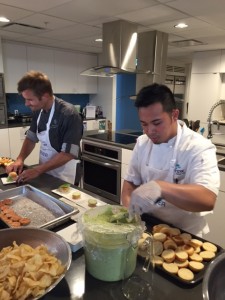 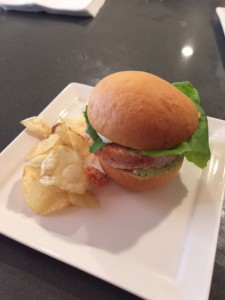 Chef Ned Bell and his team presented this dish based on the River theme. His dish was the Harrison River Pink Salmon Burger with a milk bun, sweet and sour summer zucchini relish, tomato, mayo and bibb lettuce.

Save on Foods had donated all the ingredients for the chefs to create their dishes which were served to a couple hundred guests who came to celebrate the anniversary of this one of a kind facility. You can learn more about Ronald McDonald House BC here.