Last year Fable Kitchen caused a bit of a ruckus with their announcement of a His & Hers Valentines dinner, it ended up being widely popular. This year Fable announced a repeat of the same with a slight twist which better reflects our city’s demographic. Although their Valentines His&Hers (or hers&hers or his&his) is now sold out, they just announced a Lover’s Brunch. 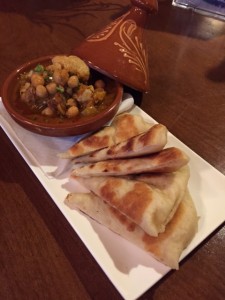 This year the West End’s Morocco West restaurant is offering a unique menu that features a His and Hers entrée selection on a special 3 course Valentines weekend prix fixe for $39 per person, available February 13- 15. Notably they are also offering the entrée selection for his&his as well as hers&hers as they are welcoming anyone and everyone to celebrate this special romantic day. I enjoyed their selection of dishes on this special menu starting off with the Moroccan themed, Tajine de Fleur with a delicious cauliflower tatouka with Batbout, Ina mini Tajine and homemade Moroccan flatbread! 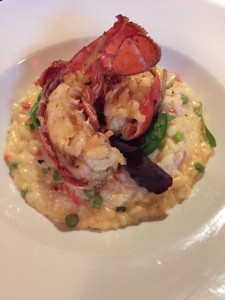 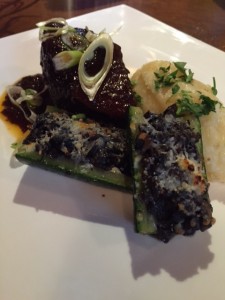 I then tried both of the entrée selections, both were equally delicious so I would suggest you each get one of them and share. Tarragon poached Lobster, roasted pepper and green pea risotto; and the Tomato & red wine  braised short rib with mushroom stuffed zucchini, mashed potato. 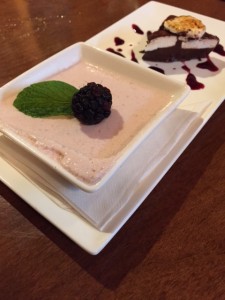 Lastly the ending of the meal is the MW Valentine Duo strawberry Pannacotta & marshmallow chocolate which incorporates strawberry, chocolate and marshmallows.

Reservations for Valentines weekend at Morocco West are now being accepted via phone at 604-563-8466. Morocco West is located at 795 Jervis Street in downtown Vancouver and they are open for dinner from 5pm nightly.