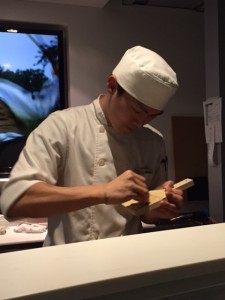 My friend Chef Takayuki Omi joined me for an Omakase tasting menu (Chefs choice) on his night off. He guided me through this 100% Ocean Wise certified sushi bar explaining each of the pieces and noting the origin of each. Sushi Chef Dan Kim grated local Wasabi on a special sharkskin grater he just bought in Japan; he then prepared and served us each piece course by course. 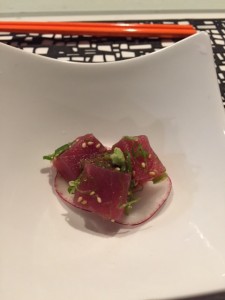 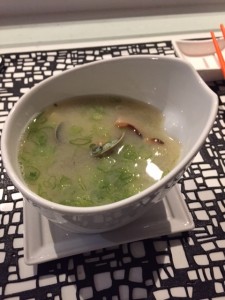 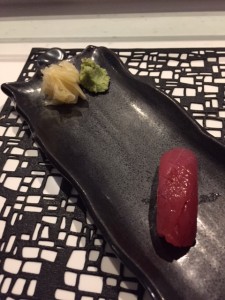 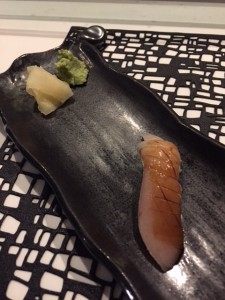 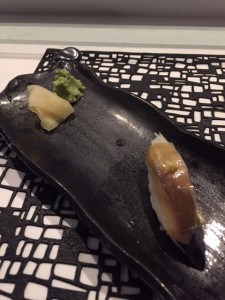 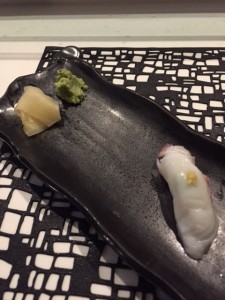 We began our tasting adventure with the delicious Yellowfin tuna with Gomaae (Philippines). Next was the White Shiro Miso with local Manila clams with house-made bacon in a sablefish broth. Followed by the Yellowfin Tuna (from Phllipines) Kihada Maguro, Albacore Tuna Belly (Queen Charlottes); the Canadian Mackerel with grated ginger on top and the Pacific Giant Octopus. 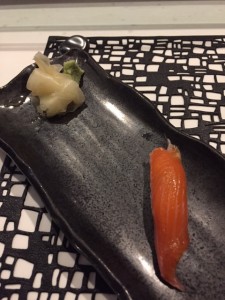 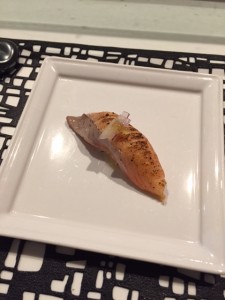 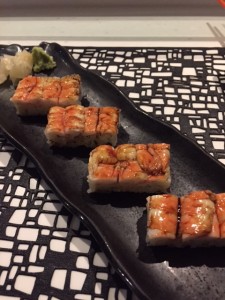 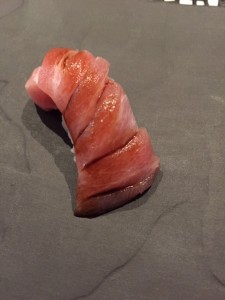 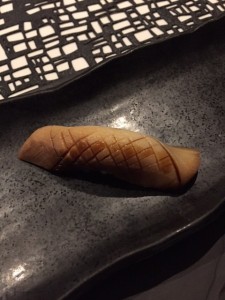 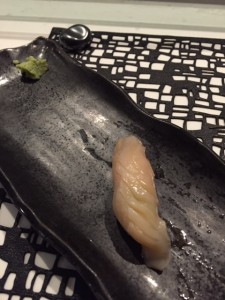 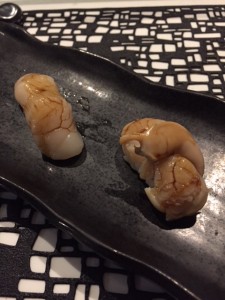 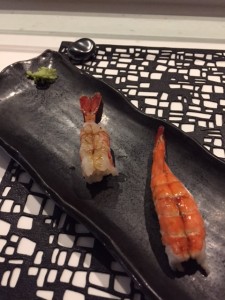 Humpback Shrimp (on left and Sun Shrimp on right) 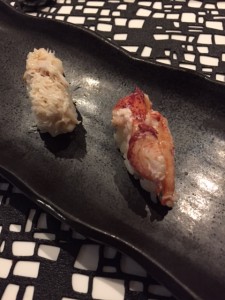 Dungeness Crab (on left) and Atlantic lobster (on the right) 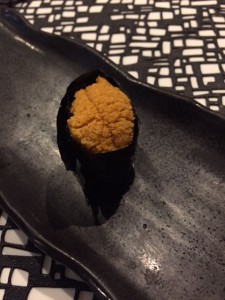 Next was the Geoduck; followed by the Qualicum Scallop (left is raw and right is cooked with liver); and the Humpback Shrimp (on left and Sun Shrimp on right); next was the Dungeness Crab (on left) and Atlantic lobster (on the right) and the Cooked Uni. 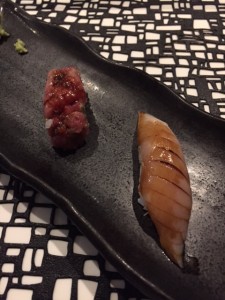 Negitoro Nigiri (on left) albacore tuna nigiri (on the right) 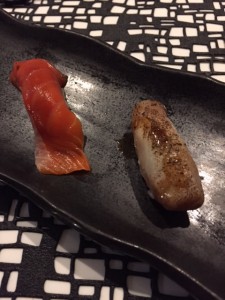 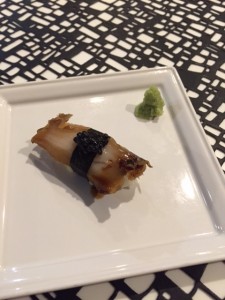 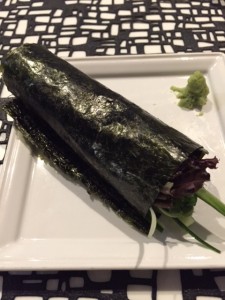 Next was the Negitoro Nigiri (on left) albacore tuna nigiri (on the right); followed by the Adams River Sockeye Salmon (on left) and Smoked Sable Kabayaki (on right); then the Big Island Abalone (Hawaii) with Northern Divine caviar with organic gluten free soy and sake, finishing off with the Umecu Handroll. 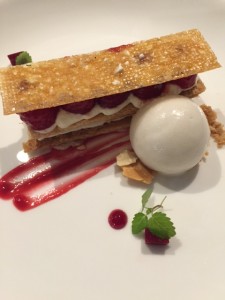 For dessert we had the outstanding and stunning Raspberry Mille Feuille with puff pastry, chantilly creme, macerated raspberries and lychee sorbet.

At any given time the Raw Bar features 25 different kinds of fish and clams, 5 kinds of oysters and 3 kinds of shrimp. Diners have the opportunity here to order the Omakase tasting menu which is an extraordinary experience or ala carte from the menu, It was a pleasure to have Chef Takayuki Omi guide me through this culinary experience.

Brunch with Matty B McIntyre at Left Bank Restaurant