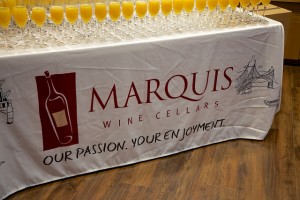 On January 19, 2014 we presented our first ever Brunch Crawl which was also the first ever event we produced and presented with the West End BIA and Tourism Vancouver for their Dine Out Festival.  This new event was a super success for all who attended which included locals as well as people from Hawaii, Calgary, Seattle, Victoria and Kelowna. Participants had a chance to visit 8 restaurants through-out the West End neighbourhood of Vancouver and taste all sorts of dishes on this unique food crawl. 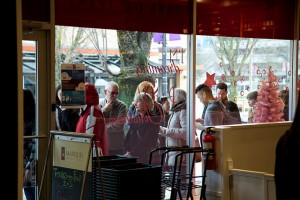 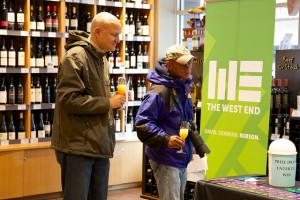 Prior to the crawl, they kicked off the event with a mimosa in hand at Marquis Wine Cellars. 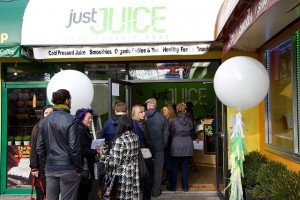 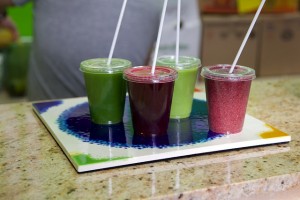 Just Juice offered guests a choice of one of their organic cold-pressed juices or an organic wholefood smoothie from the selection. 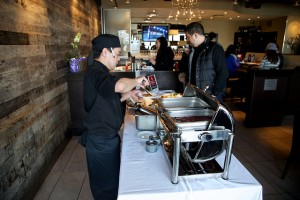 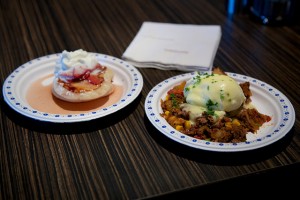 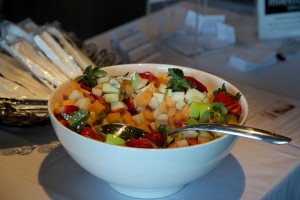 Milestones served a couple of tasting plates of dishes, along with a fruit salad and a belini and raspberry mimosa.

Fruit Salad – a big bowl for guests to scoop themselves.

A Belini and a Raspberry Mimosa 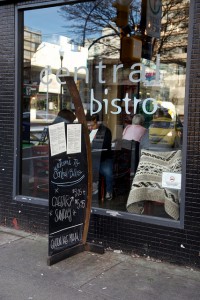 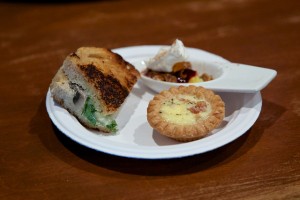 Down the street, Central Bistro served a tasting plate of 3 dishes.

Mini homemade Quiche of the day. 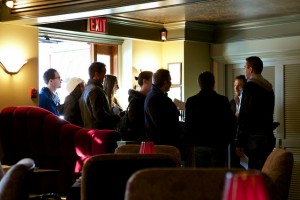 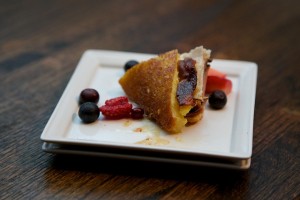 Seventeen 89 Restaurant seated everyone at a large communal table. 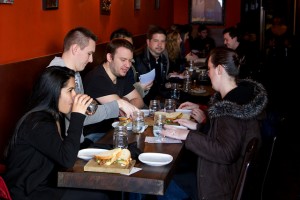 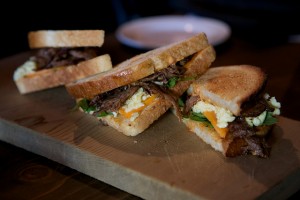 Buckstop served one of their brunch sandwiches on wooden slabs. 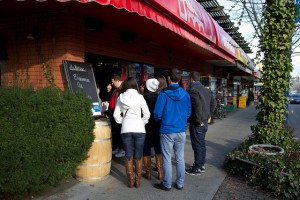 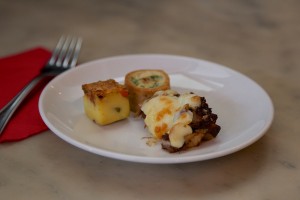 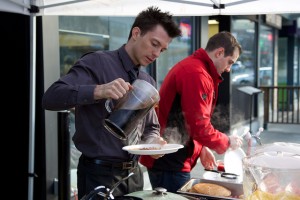 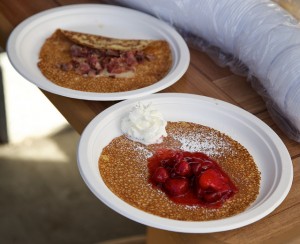 De Dutch Pannekoek House served a savoury or sweet choice of their Pannekoeken along with some beverages. 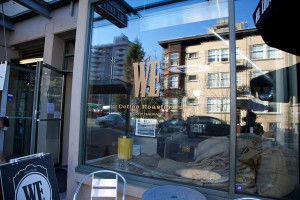 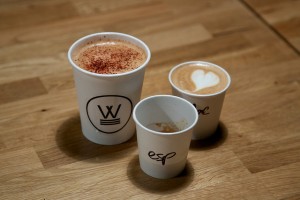 WE Coffee offered a selection of their coffees from the espresso bar.

Thank you to our photographer Alvin Lee for capturing the brunch event so well (see more of his photos here).

Julia Diakow and her Cocktails