For my Fifty Fourth brunch in this series, I was joined by Gloria Macarenko,  Host of CBC News over Brunch at Good Wolfe  Restaurant in Yaletown talking about the news, food and more. 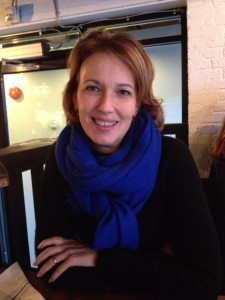 Gloria Macarenko co-hosts the award-winning newscast CBC News. She has twice been nominated for the Gemini Awards in the category of “Best News Anchor” in Canada.

Gloria herself is an award-winning journalist and senior leader on the news team. In her more than 25 years with CBC, she has been awarded a Jack Webster Award for “Best News Reporting”, multiple RTNDA Awards and a Leo award for “Best Anchor in a News Program” with former co-host Ian Hanomansing. Gloria has guest hosted on The National and CBC News Now, as well as local radio shows The Early Edition and BC Almanac. She has been the lead in election night coverage for two decades and host for CBC’s student journalism project “News Day in BC”.

Have you always wanted to be a TV News Host?

When I was in high school I knew I wanted to write. In grade 12 I ended up getting a job at a local radio station in Prince Rupert where I lived. I had great opportunities very young, growing up in a small town had its advantages. I produced a tape on drinking driving counterattack and won a scholarship to BCIT Broadcast Journalism.

I would hope that our news cast would be the full meal. This is what you need to know to, to have all the info you need to engage with others about a topic. CBC has given them the full, balanced story for them to form the bigger picture.

1)    Filling in for Peter Mansbridge on The National – the crash of Swiss Air in 1998,  I broadcast for 5.5 hours straight while the story unfolded. CNN took me live for a couple of hours (scope, scale and career moment).

2)    BC election night –the drama of the results. Perfect drama played out.

Thousands, I’ve been at CBC TV for 25 years, and another 5 years on radio, so that is 30 years of broadcasting which is a lot of shows.

What are some of your most special moments on air?

Growing up in Prince Rupert, having access for the bounty of the sea, there was an abundance of fresh fish, my father who was a hunter (moose, venison, ducks, geese) my palate was already very broad. Then travel, went hitchhiking and backpacking to Europe for 6 months and ended up staying 4 years. Lived in Spain for 2 years, traveled and ate regional food. I visit there every summer and I love the simple flavours.

Spanish (in all its varieties)

What are your two favourite dishes around the city and where?

2)    Sardines on toast at The Sardine Can 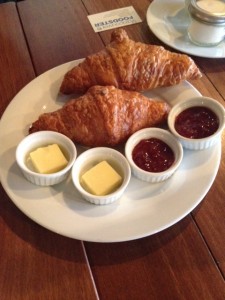 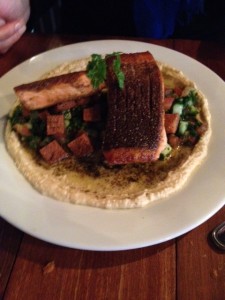 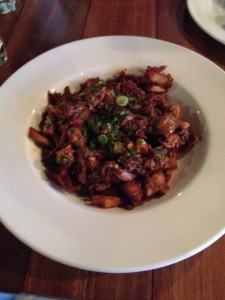 Gloria and Richard had some of the freshly baked Croissants to start. Gloria then had the Steelhead Schwarma and Richard had the Hash of the day with shortrib, pork belly, potatoes and barbq sauce.

Who were your mentors?

Brunch on The Roof of Black + Blue