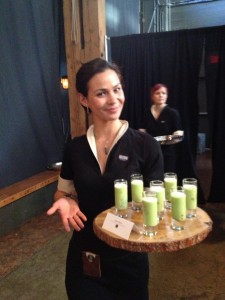 On Wednesday, April 10th I attended the launch party of Railtown Catering that was held at the Vancouver Urban Winery in Railtown. 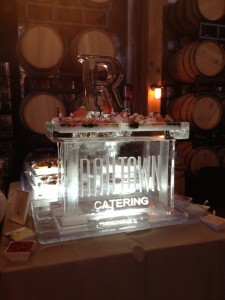 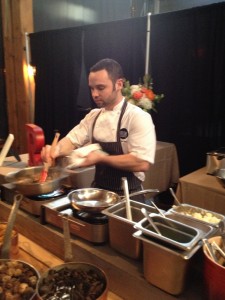 Guests were treated to the ‘Spring Cocktail’ gin infused Cocktails along with white and red wines that turned into an open bar mid-way through the evening. Several food stations were featured including a Baked Potato Bar with a wide variety of toppings that people could add including grilled chicken, steak and prawns; there was a Wild Mushrooms station along with fresh Halibut & Chips; a fresh Seafood Tower and so much more. 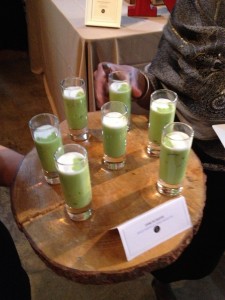 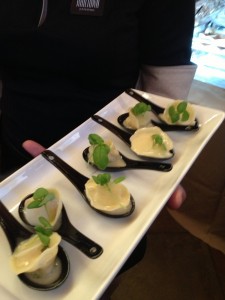 Servers passed around canapés through-out the night, some of my favourites were the Gazpacho Shooters, along with the Pea Soup Shooters, as well as the Sweet Corn Tortellini. 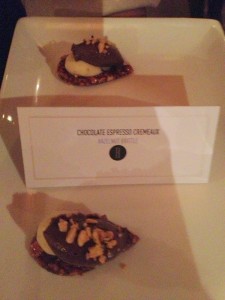 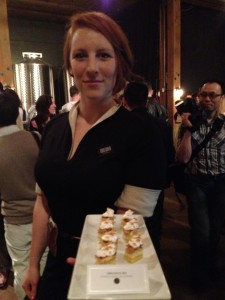 Desserts were then passed around wowing the guests further including my fave of the night the Chocolate Espresso Cremeaux followed by the Lemon Coconut Almond.

Railtown Catering is run by Executive Chef Dan Olson and Chef Tyler Day. You can find them at 397 Railway Street in Vancouver, call them at 604-568-8811 or follow them on twitter @RailtownCaters