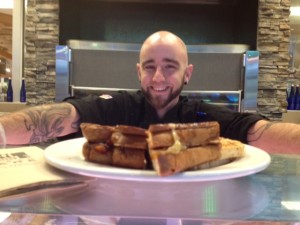 One of my guilty pleasures is a Grilled Cheese and I was happy to have been invited in to taste some of these fine sandwiches on National Grilled Cheese Day which happened this past Friday. 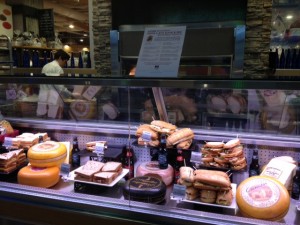 April is National Grilled Cheese Month and Urban Fare is making it easy to get your cheese fix with a gourmet, full service Grilled Cheese Bar at its downtown Alberni Street location. Executive Chef Ryan McDonald has gone all out with a mouth-watering selection of 10 gourmet recipes.

Each Urban Fare location will feature a selection of Chef’s creations, and the Alberni store situated below the Shangri-la Hotel will offer all 10 varieties, grilled to order. The gourmet sandwiches range from the classic orange cheddar on white bread- just like Mom makes to more exotic options like Creole fried Crocodile (yes, I said Crocodile!) paired with jalapeno jack and havarti. 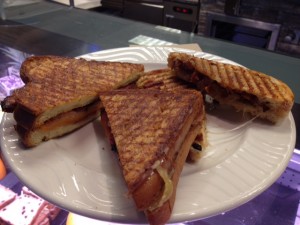 The Huntley (left) & The Beerwich (right)

I chose 4 of the sandwiches to try, passed on the Crocodile and selected these 4, started off with The Huntley ($7.49) Thick Brioche French toast, tiroler bacon, gouda, aged cheddar, quince spread; followed by The Beerwich ($6.99) Amber ale cheddar, fontina, beer braised onions, and garlic fried bacon on Rye.

I thought each one was unique and of course each had a very different flavour profile, my favourite of them all was The Beerwich, so good that I ate the whole sandwich.

You can pick-up a quick gourmet Grilled Cheese for breakfast, lunch, or dinner at any of the Urban Fare locations around Vancouver.

Brunch with Aamer Haleem at The Bibo