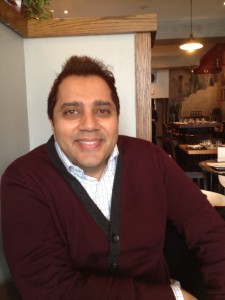 For my forty first brunch in this series, I was joined by CTV Morning Live Co-Host Aamer Haleem at The Bibo in Kitsilano talking Television, Music, Eating and more.

Aamer Haleem was born in London and raised in Ottawa and Toronto where he attended the University of Toronto and the School of Journalism at Humber College. His first job was as an associate producer at TSN Inside Sports. He also hosted a music video program at Hong Kong’s Channel V in 1996, but returned to Canada the following year after the transfer of the sovereignty of Hong Kong to host VTV Breakfast on Vancouver television station CIVT-TV (then known as “VTV”).

He was a host of programming on VH1 in the United States, including Bands Reunited and VSpot Top 20 Countdown. He has hosted the weekday afternoon current affairs program The Point on CBC Radio One, until it was canceled on June 26, 2009. He has been a co-host of the Vancouver edition of CTV Morning Live since 2011.

Yes it was a split between being in television or a lawyer. Originally planned to be a sportscaster as I started with TSN. Started as an intern through school (Journalism at school through U of T).

Everything but learning towards Led Zeppelin and the Beatles as a kid “John Lenon’s” give peace a chance. Then (grew up in Ottawa) U2, Human League, then moved to Toronto and listened to the Depeche Mode, Smiths and New Order. Indie and alternative music.

2)    Flight attendants from Virgin Atlantic came on the show – sent a t-shirt with a tie cut in half printed on the shirt – signed by Branson.

3)    Flying with U2 – I had a U2 notepad with me and the guitarist drew a photo of a sunflower and I was in a photo with him, that now is framed at home on my wall.

4)    Bands Reunited – that show was crazy –traveling and would have to surprise musicians from known bands that we wanted to reunite.

If you could guess how many tv shows you have hosted over the years, how many would that be?

No, but my brother is a reporter for CBC in Winnipeg.

How did you get into doing Voice Overs?

A natural off shoot from what I do everyday. It’s easy enough to do now.

Who are some of your favourite people that you have co-hosted shows with in the past?

You have interviewed Woody Allen, Madonna and Queen Latifah to name a few, was their anything striking for you when interviewing these unique personalities as opposed to all the other interviews you have done?

No – I approach my interviews exactly the same way I research everyone I am about to interview and recognize the time and effort it takes to do it. I’m prepared for anyone I am interviewing.

My wife and I went to London, Paris and Germany. Ate at a great Italian restaurant in Paris. 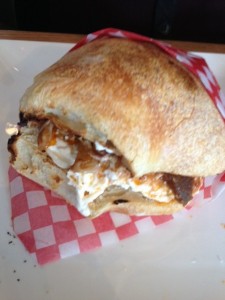 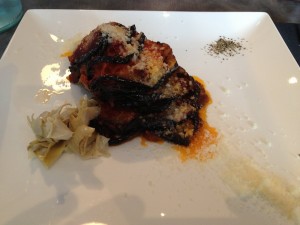 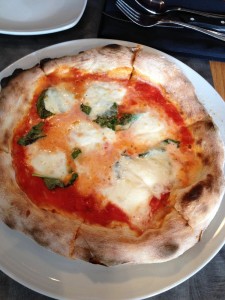 Aamer had a custom baked Sandwich with buratta, chicken, fennel and eggplant with tomato sauce, Richard had the Melanzane Alla Parmigiana and then Aamer and Richard shared the Formula One Pizza.

What are some of your favourite restaurants outside of Vancouver?

My wife for sure, upbeat, positive outlook, my parents moved to Canada for a life –for the benefit of all of their kids.

Malala Yousafzai –a 15 year old girl – who was shot in the head and neck in an assassination attempt by Taliban gunmen while returning home on a school bus. She is a Nobel Peace Prize nominee; youngest in history. She started a foundation to give girls the opportunity to be educated. On 1 January 2013, she received the “2012 Tipperary International Peace Award” for her courage and determination to speak out in support of equal access to education for every child.

I want to increase our footprint with CTV Morning Live

Time-shifting – people watching our show across the country