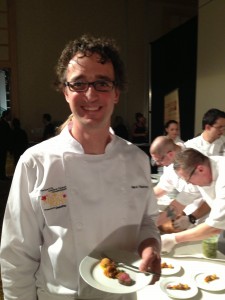 On November 16th, I attended the 2012 Gold Medal Plates British Columbia at the Westin Bayshore where 10 Chefs from around British Columbia competed in a Culinary Competition for Gold, Silver and Bronze in one of the most prestigious culinary events in Canada.

This was my third year attending this prestigious event which was well orchestrated in recognizing the chefs as well as the Olympic athletes and musicians who participated. 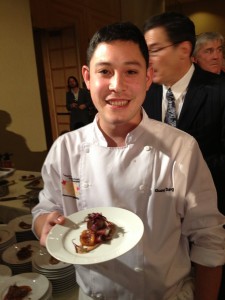 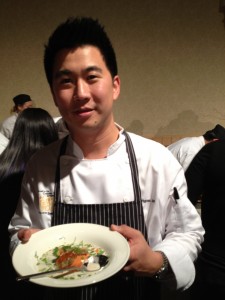 Chef Angus An with his Dom Gati of Salmon

Taking the bronze medal was Chef Angus An of Maenam in Vancouver.  His dish was Dom Gati of Salmon served with hot & sour tamarind and coconut broth, with green mango & lightly smoked Spring Salmon, paired with CedarCreek 2011 Riesling. 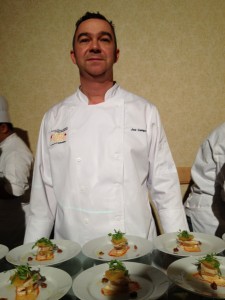 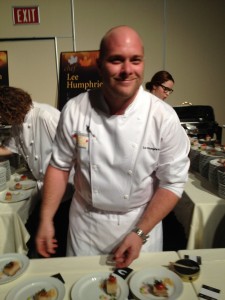 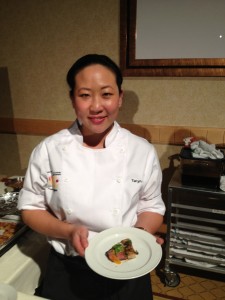 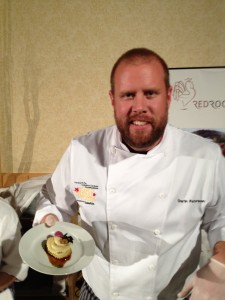 Proceeds from Gold Medal Plates go to the Canadian Olympic Foundation, supporting programs that further Canadian high performance athletes’ pursuit of excellence on the world stage – programs like Own The Podium and the COC’s Athlete Excellence Fund. Since 2004, Gold Medal Plates has generated $6 million for Canada’s Olympic and Paralympic athletes.

Chef Filatow went head-to-head with nine of British Columbia’s finest culinary masters at the prestigious culinary competition and will go on to compete at the Canadian Culinary Championships, the Gold Medal Plates Finale, in Kelowna on February 8th and 9th, 2013.

Field Trip to Bellingham and Seattle