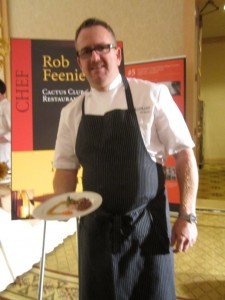 On November 4th, I attended the Gold Medal Plates Awards at the Westin Bayshore where 11 Chefs from around British Columbia competed in a Culinary Competition for Gold, Silver and Bronze in one of the most prestigious culinary events in Canada.

This was my second year attending this prestigious event which was well orchestrated in recognizing the chefs as well as the Olympic athletes who participated. 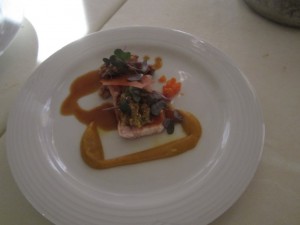 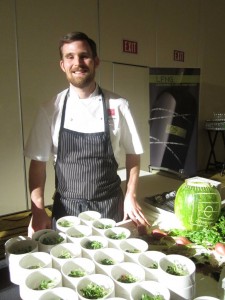 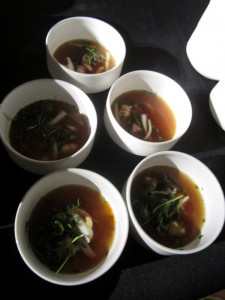 BC Spot Prawns with Pork Thai Broth and Bok Choy

Chef Dale MacKay of ensemble Restaurant, rose to the occasion as well, taking the silver medal for the third year in a row. Chef MacKay’s dish was BC Spot Prawns with Pork Thai Broth and Bok Choy paired with Laughing Stock Vineyards’ Pinot Gris, 2010. 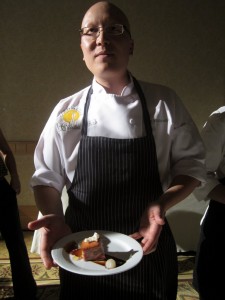 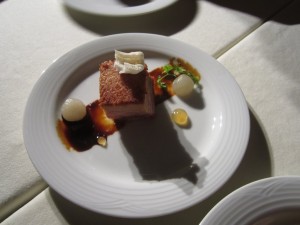 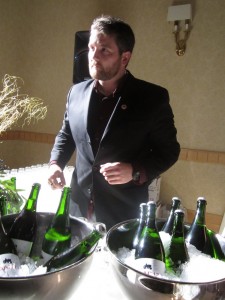 In one of the closest competitions ever in these Gold Medal Plates, Gold and Silver were separated by no more than 0.15 percent between each score. I had the pleasure to Interview Chef Rob Feenie as well as a few other chefs in advance of this competition, and you can read about it here.

Here are a couple of my favourite dishes, I wasn’t one of the judges but I tasted most of the dishes and these two stood out for me in taste and presentation. 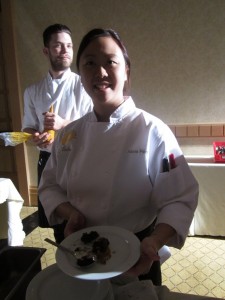 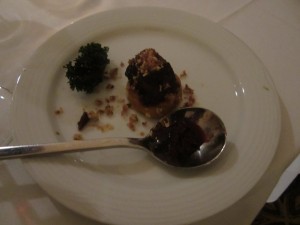 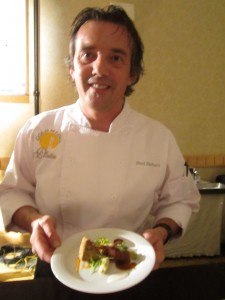 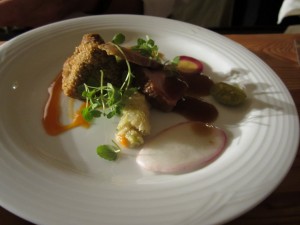 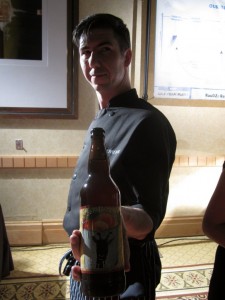 The theme for this year’s event was “When London Calls: Canada Will Answer,” referencing next year’s Olympic Games in London, England. Music for the evening was provided by Canadian legends Barney Bentall (Barney Bentall and the Legendary Hearts), Alan Doyle (Great Big Sea) and other musicians, who treated guests to an evening of British classics.

Gold Medal Plates is the ultimate celebration of Canadian excellence in food, wine, athletic achievement and entertainment. In addition to the finest food and excellent music, guests had the opportunity to mingle with 28 celebrated Olympians and Paralympians such as Marnie McBean (Rowing), Simon Whitfield (Triathalon), Ashleigh McIvor (Ski Cross) and Steve Podborski (Alpine Skiing), along with athletes that will be competing for Canada in London in 2012. 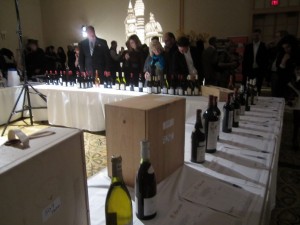 Gold Medal Plates Vancouver also featured a silent auction as well as a live auction, with spectacular getaways with Olympians and Canadian entertainers to destinations such as Tuscany, Napa Valley, Chile, Provence, Burgundy and Kelowna for the Canadian Gold Medal Plates finale.

Proceeds from Gold Medal Plates go to the Canadian Olympic Foundation, supporting programs that further Canadian high performance athletes’ pursuit of excellence on the world stage – programs like Own The Podium and the COC’s Athlete Excellence Fund. Since 2004, Gold Medal Plates has generated $5 million for Canada’s Olympic and Paralympic athletes. 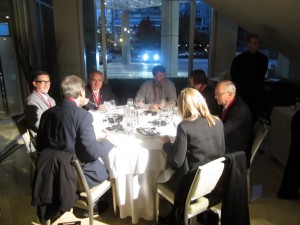