I revisited House Guest last week for an early dinner along with my friend Ajay to try some of their new dishes. 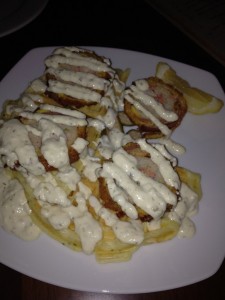 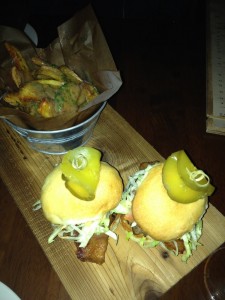 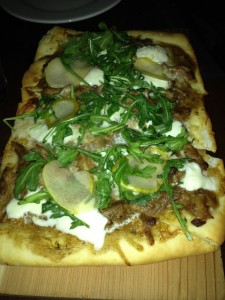 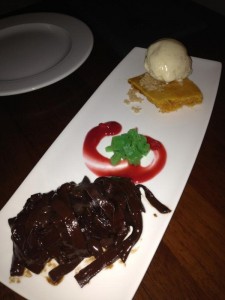 I was hesitant at first to try the Lobster & Waffles, however after the server told me that I would be quite surprised I ordered them and I was very happy that I did. It’s a savoury dish that’s constructed well and the tarragon sauce on top brings all the elements together. The best part of the Kobe Beef Sliders dish was the wedge potatoes & bone marrow gravy that was absolutely delicious. For our order of the Duck Confit Flatbread I specifically ordered it without the egg that is usually on top (it is included if you so desire to have it) and this was also quite delicious. On to dessert, the chocolate pasta was very unique and tasty, but the kiwi gel was not, loved the rockstar sponge toffee & toffee ice cream combination.

I also ordered a couple of other dishes which I had previously enjoyed, the Beef Shortrib Poutine which is presently not on the menu as well as the churros with dolce de leche and red velvet sauce which is currently on the menu.