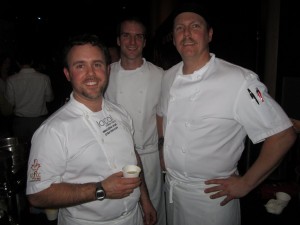 The 4th Annual Ocean Wise Seafood Chowder Chowdown was a huge success at a great event hosted by the Vancouver Aquarium on November 23rd. This event saw a packed house sampling many or all of the twelve chowders from BC’s top twelve Ocean Wise restaurants from around the Vancouver, and the Okanagan, all of the chowders were paired with BC brews and the suggested beers were listed along each of the restaurants chowders. 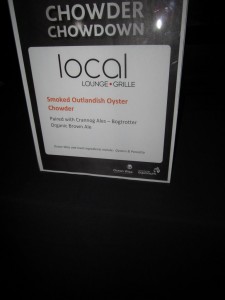 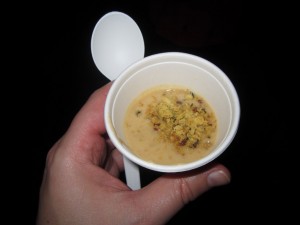 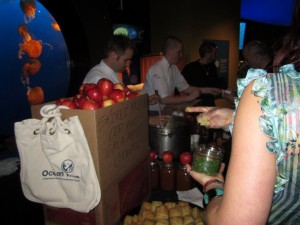 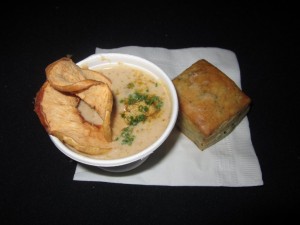 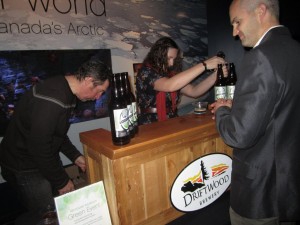 Since I have been to this event in 2009 and 2010, I noticed that the 2011 event had a much better layout than in previous years for easier mingling, however, the serving bowls were wider and better last year. I sampled my way through all the 12 chowders and these are MY favourite chowders. 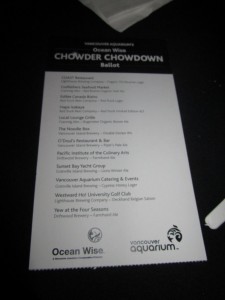 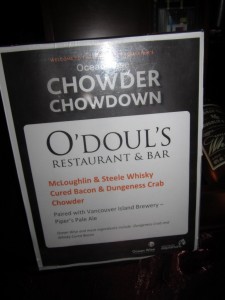 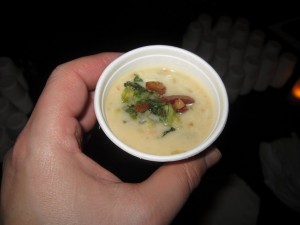 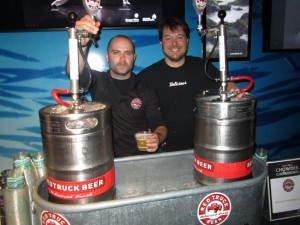 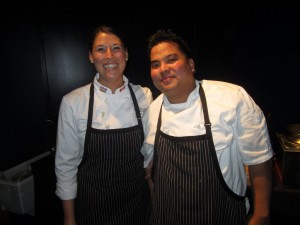 Chef Jenn Dodd (L) of Edible at the Market 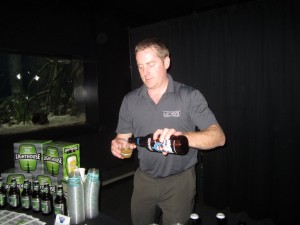