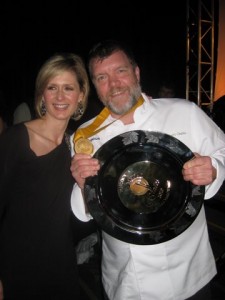 On October 28th, I attended the Gold Medal Plates Awards at the Sheraton Wall Centre where the top 10 Chefs from around British Columbia competed in a Culinary Competition for Gold, Silver and Bronze in one of the most prestigious culinary events in Canada.

It was quite the event, chefs along with wineries, athletes, industry professionals, and guests mingling about and tasting the competing chefs dishes and pairing wines.

In one of the closest competitions ever in these Gold Medal Plates, all three Gold, Silver & Bronze were separated by no more than 1.5 percent between each score.

Winning the Gold medal was Chef Robert Clark of C restaurant, his dish was a demi-tasse of translucent, pure tomato consommé along with a slice of a terrine made with Fraser Canyon Rabbit, with spot prawns. The wine pairing was an aromatic 2009 Viognier from Black Hills estate winery in B.C. 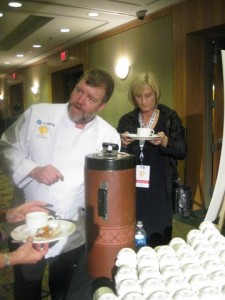 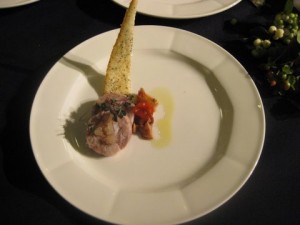 Winning the Silver medal was Chef Dale Mackay of Lumiere, his dish was a baked B.C. black cod with morsels of smoked tomato and corn kernels, finely shredded kale and button mushroom. This dish was finished by pouring emulsion of five-spice. The wine pairing was the Petrolly 2009 Riesling from Tantalus in B.C. 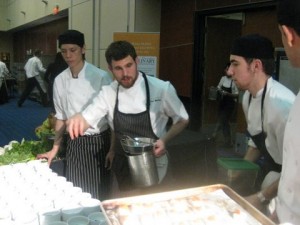 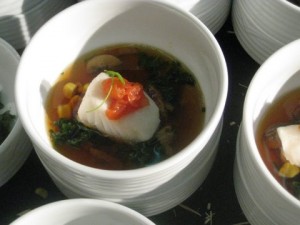 Winning the Bronze medal was Neil Taylor of Cibo Trattoria. His dish was a Carpaccio of wild venison with slices of superb pine mushrooms in tangy, earthy black truffle and celeriac aioli, with paper-thin shavings of red-wine-soaked pecorino and wild watercress. The wine pairing, was with Foxtrot Vineyards 2007 Pinot Noir from the Okanagan vineyards. 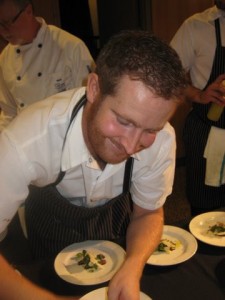 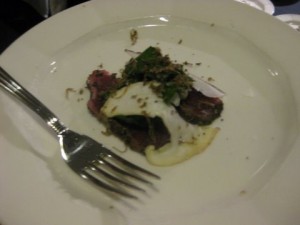 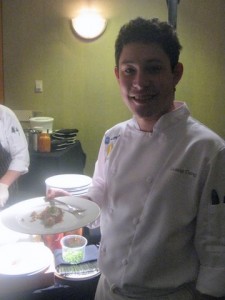 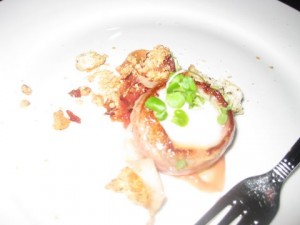 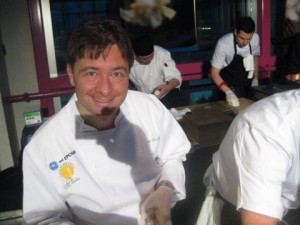 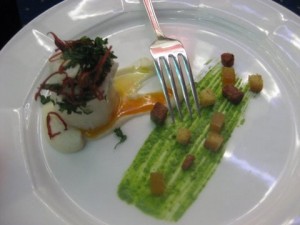 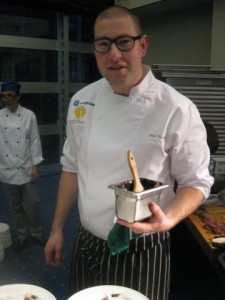 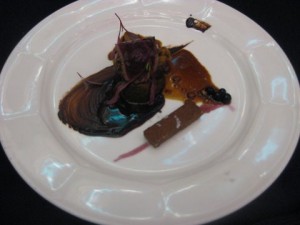 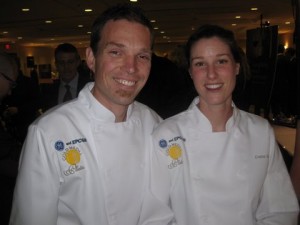 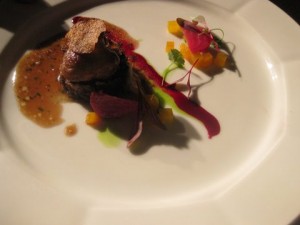 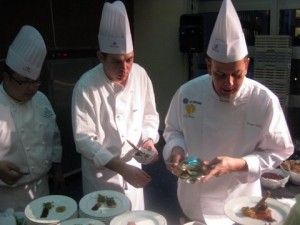 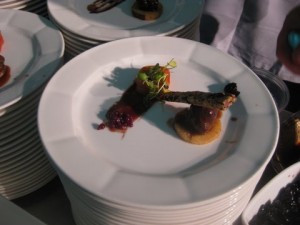 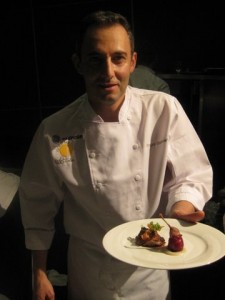 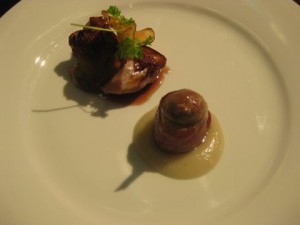 This exciting event was sold out, the well-dressed crowd enjoyed the excellent food and wine, along with the spectacular music of Colin James, Jim Cuddy, Barney Bentall and Anne Lindsay, stand-up by comedian Ron James. They bid on extravagant and spectacular auction prizes, raising a new record for a single Gold Medal Plates event, well over $250,000.

Gold Medal Plates is the ultimate celebration of Canadian Excellence in cuisine, wine, the arts and athletic achievement. Celebrating in eight cities across Canada in 2010, Gold Medal Plates feature superb wines and the premier chefs, paired with Canadian Olympic and Paralympic athletes, in a competition to crown a gold, silver and bronze medal culinary team in each city, and subsequently nation-wide.

Huge applause to all the chefs that competed in this very close culinary contest, Chef Robert Clark will be going to Kelowna in February 2011 to compete in the Canadian Culinary Championships.