Meet some of the chefs participating in the Vancouver Foodster 1st Anniversary Event on July 28th. 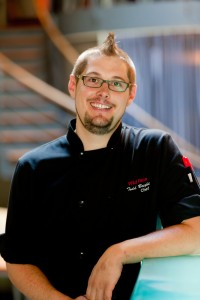 Todd began his career at age 17 in Australia as an apprentice at Ming Jade Restaurant under Cantonese chef Kevin Lowe.  He then commenced his extensive travels in Europe at age 22 before settling into the position of sous chef at a high end gastropub south of Oxford, England.  Upon returning to Australia his valuable experience overseas led to a position at Vinos, the largest fine dining and multi award winning restaurant in Queensland, Australia.  In the winter of 2007 he ventured to Vancouver, his talents were immediately discovered by Wild Rice, where after one year he became executive chef.  He took 6 months off in summer 2009 to broaden his appreciation for wine and traveled to the Okanagan where he learned winemaking. Todd’s menu reflects his passionate commitment to working sustainably with local ingredients while never compromising on quality and flavour. 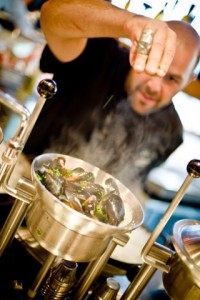 COAST Restaurant welcomed Josh Wolfe, a Toronto native, to its well established culinary team as Executive Chef in October 2007. Wolfe began his cooking
career at Centro Grill and Wine Bar in Toronto. While completing his apprenticeship at Centro, Wolfe learned the speed and precision necessary to cater fine dining to upwards of 300 guests. Promoted to Sous Chef at Toronto’s The Fifth, Wolfe refined his cooking and honed his management skills. During his stay, The Fifth was honoured with the city’s most coveted award, Number One Restaurant by Toronto Life Magazine in April 2003. While Wolfe’s training is classical, his inspiration is contemporary and his style is fuelled by both products and seasons. 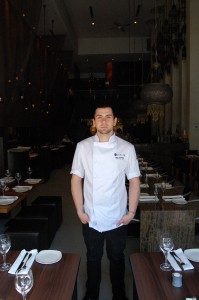 Mike Robbins is Executive Chef at Sanafir Restaurant & Lounge. A native Vancouverite, Mike knew from an early age that he wanted to pursue a career that was both intense and rewarding. “The diversity of the culinary world inspires me and I thrive on the kitchen ‘heat,’” he says.

Mike began his cooking career at Earls and over the years he has honed his craft in restaurants both near and far, including well-established Vancouver spots like Joe Fortes, glowbal grill steaks & satay and COAST Restaurant, as well as restaurants ‘down under,’ in Australia.

Acutely aware that each kitchen entered offers fresh experiences and new lessons, Mike works with his team to ensure that Sanafir’s Silk Route-inspired menus continually evolve, ultimately delivering a most enjoyable time to all those who visit the Granville Strip hotspot. 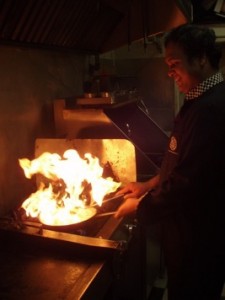 Chef Roy is extremely passionate for food and his life has been orientated around food for many years. After several years of study where he honed his skills as a chef, he worked for the Taj hotel chain in India. Desiring to move onto greater things in life, Roy came to North America and successfully managed to restaurant Sahib in Seattle. Most recently, Roy was the executive chef at Maurya Indian Cuisine before deciding that he wanted to open his own restaurant. During his career, Roy has won a long list of awards for his food. When asked how, he simply replies “I make my food with love” 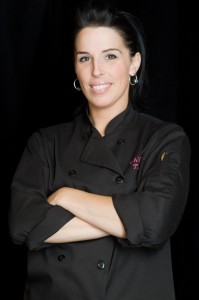 Born and raised in North Vancouver, Theresa comes from a family of bakers including her grandfather who worked as a pastry chef back in Bavaria and the Dolomite Mountains. After completing courses in cake decorating, chocolate and sugar craft, she decided to start off on her own and began Cake Tease in the winter of 2009. Always exploring and developing her creative side, Theresa’s background includes painting, drawing, welding and many other forms of artistic expression which constantly lends itself to creating all kinds of edible art. 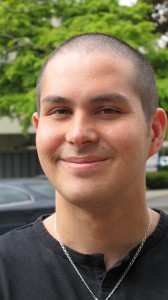 Ben was born in Vancouver in 1981 but spent his childhood in Japan.  It was there, in his mother’s native country, that he was first exposed to the culture and cuisine of Japan.  When he moved back to Canada at the age of 9, this experience stayed with Ben and shaped who he is today.  Ben loved food growing up and when realized that he could make people happy with his own cooking, he decided to chose a life in the kitchen as his career. Ben is a graduate of Vancouver Community College culinary arts program, and has trained in various restaurants in Vancouver.  Through his cooking, Ben feels he can teach people about the importance of quality ingredients and that what people choose to eat can effect the environment we live in.  He has been with Hapa Izakaya in Kitsilano since 2007. 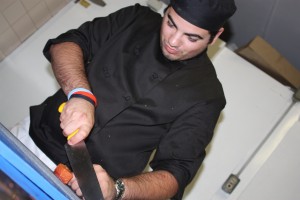 Chris, a young chef determined to challenge himself, has taken on the
role of Head Chef at Vancouver’s premier Kosher restaurant, The Maple
Grill. When the restaurant opened in February, Chris was hired as a
line chef and quickly worked his way to the top, becoming well-versed
in strict Kosher regulations. He recently revamped the menu, adding
some seafood and Mediterranean-inspired dishes. Chris was born in a small town in the Okanagan and moved to Vancouver
to attend the Pacific Institute of Culinary Arts. He saw great
potential for The Maple Grill to become a top Vancouver restaurant and
is enjoying immersing himself in a different culture. 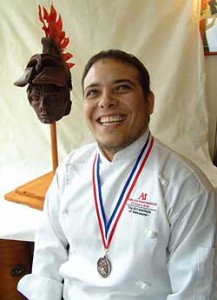 “As a child, everything you taste is new and exciting.  That’s my approach to making desserts.  I want it to be new, like you’re tasting something sweet for the first time in your life.”

Born and raised in Mexico, Themis’ family worked in the hospitality industry, giving him the opportunity to harnesses his passion for the good-for-your-heart sweets.

Using only 100% natural ingredients, pastry chef Themis Velgis creates mouth-watering brownies of every delicate and robust combination imaginable. His recipes are all about the “wow” factor with different textures, flavors and original combinations.  Themis is strict about every ingredient he uses and never compromises. 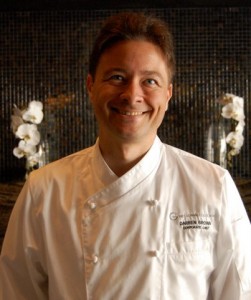 A native British Columbian, Darren grew up in the Lower Mainland and was introduced to the culinary world at a young age by local mentors like Chef Deb Connors from the Sooke Harbor House, Jack Evrensal at CinCin, and Antonio Corsi at Quattro. Darren parlayed his innate passion for food and his early experiences in the kitchen into a successful and diverse career, which spans more than two decades.

After terms at notable CinCin Ristorante in Vancouver, and the opening of Quattro in Whistler, Darren’s wanderlust was piqued and he found himself in the South of France, where he joined the motor yacht Griff as the personal chef to lauded celebrity Merv Griffin. Throughout his travels on the yacht, Darren wowed Mr. Griffin’s Hollywood friends, and he was subsequently asked to come back to Hollywood to take the helm as Executive Chef at Trader Vic’s in Beverly Hills.
Eventually leaving Hollywood for Las Vegas, Darren joined China Grill Management as the Executive Chef at the restaurant/nightclub rumjungle. An expansion of his role from the Las Vegas region saw him heading up the opening team taskforce, travelling throughout the country to open restaurants and hotels in New York, Los Angeles and Las Vegas, eventually opening Mix in Las Vegas with Chef Alain Ducasse, considered to be one of the world’s greatest chefs.

He ultimately secured the role of Assistant Executive Chef at Mandalay Bay, where he had the opportunity to restructure and re-conceptualize the entire food and beverage program within the resort’s 28 restaurants and 2 million square feet of banquet space, as well as assisting in the openings of partnered restaurants such as Hubert Keller’s Fleur de Lys, and Michael Mina’s Stripsteak.

Darren returned to Vancouver to take the position of Corporate Executive Chef for The GLOWBAL COLLECTION in Fall 2009. The fact that the collection of six restaurants is chef owned and driven got his attention. “It lends itself to pushing the envelope, continually setting the bar higher and higher, and ensuring that it’s all about the food,” he says. Darren views The GLOWBAL COLLECTION as one of the leading multi-concept restaurant groups in BC, and with his background in openings and development, he aims to make sure the company continues on an upward trajectory.

Klahowya at The Fish House thru September