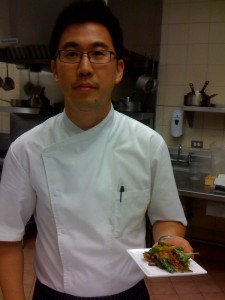 Chef Angus An of Maenam

I took part in a Mystery Kitchen Tour on June 27th that was held at Pacific Institute of Culinary Arts on Granville Island that featured some of the top chefs from around Vancouver and BC who created some amazing dishes for everyone to taste. Each dish was paired to a wine or two and guests mingled about going from kitchen to kitchen tasting and sipping. There were 8 kitchens and 8 mystery chefs who created these wonderful dishes for tasting. 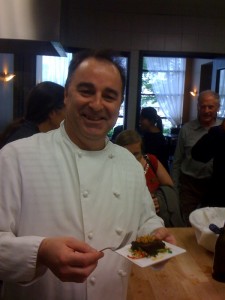 This fundraiser was to raise money for the Canadian Chefs Congress where 500 chefs from across Canada will gather on Vancouver Island to talk sustainable seafood together. Here are some of my favourite dishes sampled during the evening. 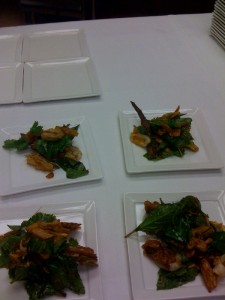 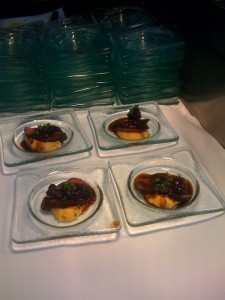 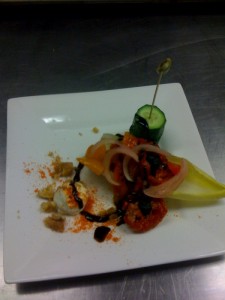 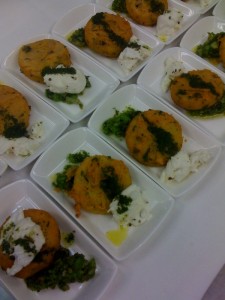 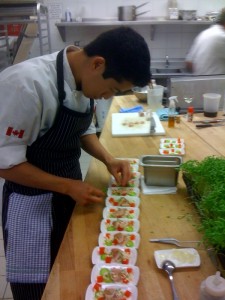 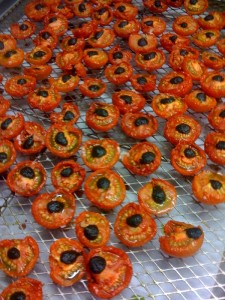 A variety of tasty desserts were served towards the end of the evening created by the PICA pastry team. 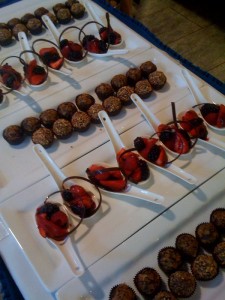 The team of Mystery Chefs appeared to have good time as well as the guests. 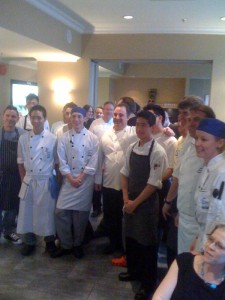