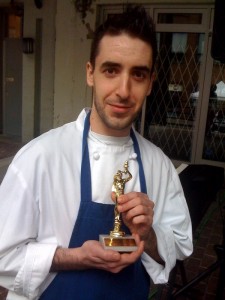 After and exciting burger tasting competition that was held on the 1200 block of Hamilton Street in Yaletown on Canada Day, the judges myself included had a pow wow session to compare notes on our own tastes, orginality and presentation. The winner that took all of us by storm was the burger created by Hamilton Street Grill, it was my absolute favourite burger of all, from the sesame seeded bun to the juicy burger to the rosemary stick in the middle which gave away to dreaming that I was on an island, burger island to be exact. This was one amazing burger, I almost ate the whole burger when my fellow judges reminded me that there were 3 more burgers to go, I got the hint! Chef James Thomson created the burger for Hamilton Street Grill and I was impressed by their eagerness to follow the rules and to create the best burger in the competition. 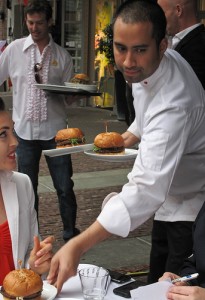 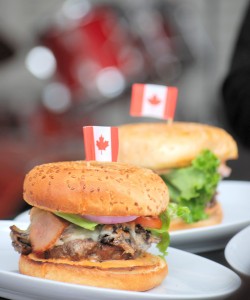 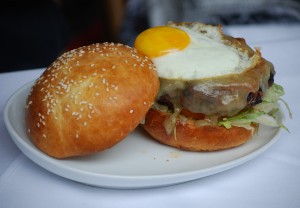 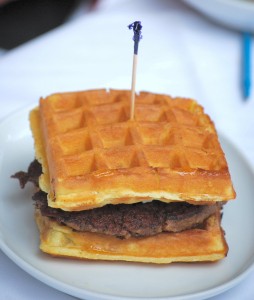 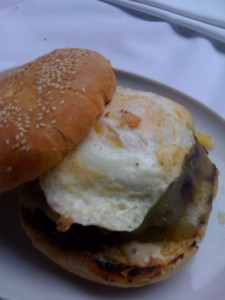 All of the restaurants located in Yaletown were invited to submit their burger into the competition and I truly hope for tastebuds sake that there are some of the tastiest burgers in the competition. There are some rules that go along with this competition and one of them is that the burgers can not contain any form of Pork. By not including pork including bacon in the burgers this created a challenge for the restaurants to create their own burger and not just any burger to create the best burger in Yaletown. 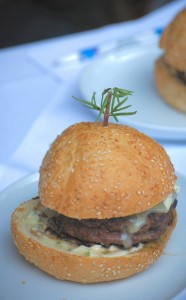 Personally my 2nd favourite burger was from the Glowbal Grill which also tasted good, topped with an egg even though eggs aren’t my thing especially on burgers. Being a judge in this competition was a lot of fun and it was awesome judging this competition along with fellow celebrities Erin Ireland (@erin_ireland), Cassandra Anderton (@goodlifevan), John Chow (@johnchow) and Raul Pacheco-Vega (@hummingbird604). 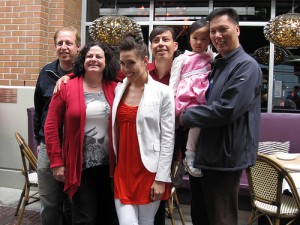 Charles Zuckermann was the MC for the event and did an amazing job announcing all the burgers and talking up the competition as it was happening. 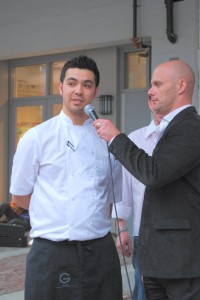 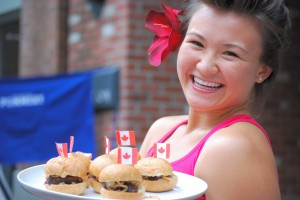 It was great to see SOCIETY take to the street serving mini burgers to all those watching the burger contest and to give them a chance to taste some of the burgers as well. I look forward to judging this event again next year and hope to see many more restaurants taking part.

Food Fight! The Battle for Brunch