On Tuesday May 26th I attended this indoor beach bbq party held inside the kitchen instead of outside on the pool deck due to the inclement weather. 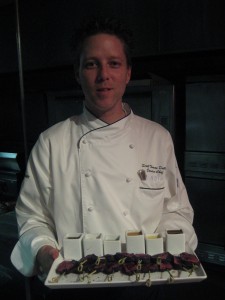 I tasted many items from the new summer menu for their YEW Restaurant in Vancouver as well as their new SIDECUT Restaurant in Whistler. My favourite savoury item (shown above) was the Venison with Blueberry Hill Rub. 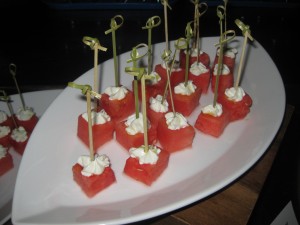 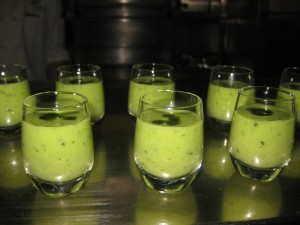 This menu tasting also featured items off their banquet menus, so if you are booking an event at the Four Seasons Vancouver and Whistler Hotels you will want to check out the many new creations. 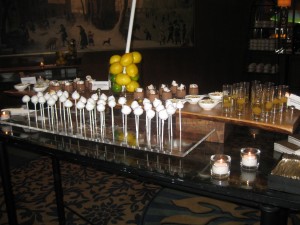 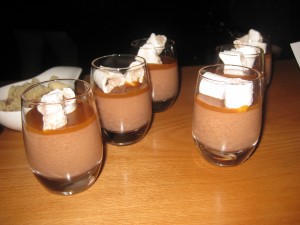 I tasted all the desserts as I often do and all were good, my favourites were the Orange Milk Chocolate Truffle Lollipops and the Milk Chocolate Creme, Salted Caramel, Cinnamon Meringues.

Imagine1day One Sip at a Time