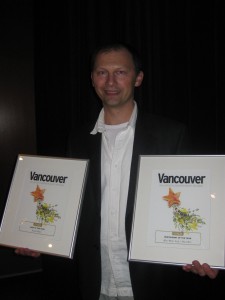 The 21st Annual Vancouver Magazine Awards were held on May 18 at the Sheraton Wall Centre Hotel. Chef Frank Pabst of Blue Water Cafe took a few of the top awards including Chef of the Year, Restaurant of the Year and Best Seafood. 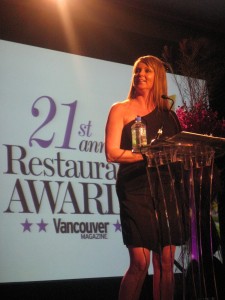 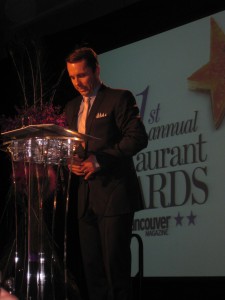 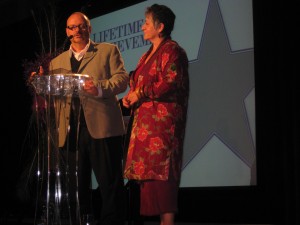 The Co-Hosts of the evening were Michael and Fiona who entertained the guests with their humour and wit, it was refreshing watching their back and forth banter. The Lifetime Achievement Award was presented to Sinclair Philip who said the award had to be shared by his wife Frederique, the Philips own the reknown Sooke Harbour House on Vancouver Island. 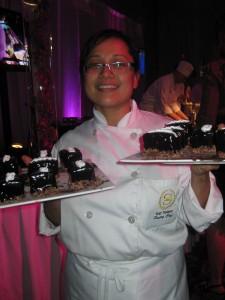 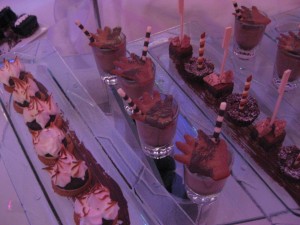 Prior to the award presentation guests mingled at a reception with delightful appetizers from many of the nominated restaurants including all sorts of dishes as well as several appetizers and desserts prepared by the Sheraton Wall Centre’s own Chefs. 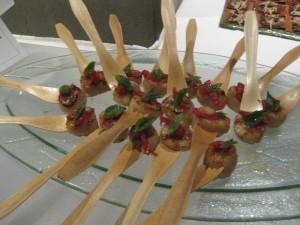 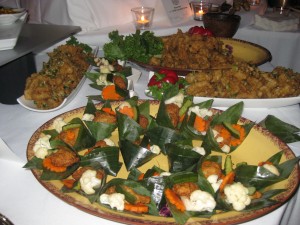 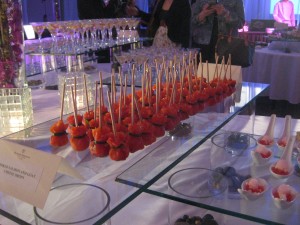 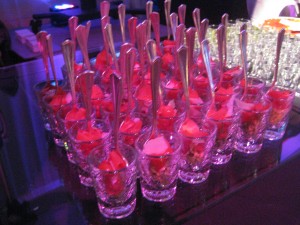 The complete list of award winners can be seen here

The award ceremony was highly entertaining and even more so when Kingyo came on stage to accept their award. At the post-reception guests chowed down on Nimby Burgers along with more drinks and nibbles.