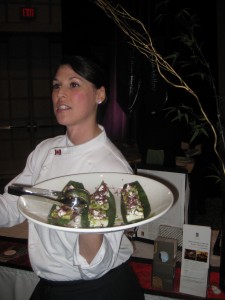 On April 12th, I attended a wine tasting that featured a large selection of wineries from all over the Naramata Bench area.  This ballroom tasting along with a silent auction held at the Westin Bayshore Hotel paired two wineries with food bites from a selection of local and Naramata region restaurants. 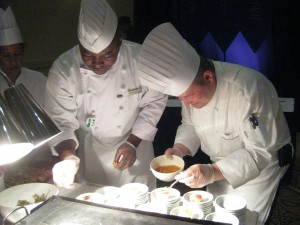 These were my favourite bites as I was eating more than I was drinking at this event. 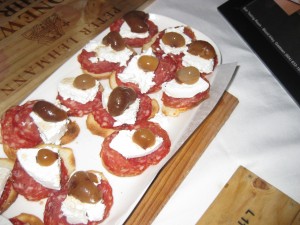 Salt Tasting Room rocked it with their Friukno Salami, Guiness Mustard on Croistini which was best paired with the Van Western Vinyards 2006 Voluptious. 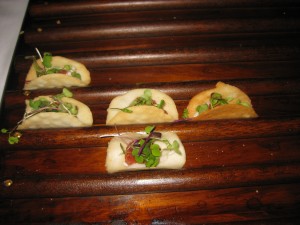 Naramata Heritage Inn and their tasty Scallop Ceviche Taco with Quince and Blood Orange Marmalade which was best paired with the Township 7 Vineyards 2008 7 Blanc. 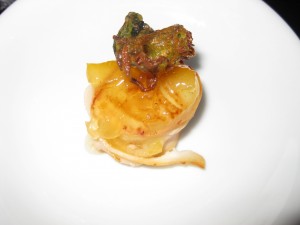 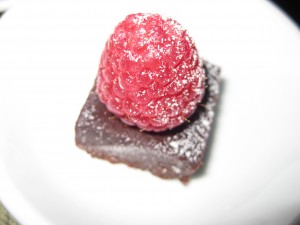 For dessert, the best one in the house was the Chocolate Truffle Cake from the Westin Bayshore which was best paired with the D’Angelo Estate Winery 2006 Pinot Noir.

If you are planning a visit to the Naramata Bench region and want to check out some of the wineries, you may want to visit them online at www.naramatabench.com

Dine Out Vancouver April 26-May 6