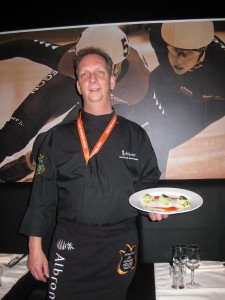 I met Executive Chef Karel Van Tiel yesterday at Heineken Holland House where he guided me through a tasting of some of their Dutch specialties. Not only did they bring their entire chefs team from Holland to Vancouver, they also brought their kitchen, shipped ahead of time the kitchen was shipped in compartment containers on a ship across the ocean and assembled here in Richmond attached to the venue, this way the team has their own environment to do all the cooking during the 2010 Olympics. I’ve been to Holland a few times in my travels, most of these dishes that I tasted where knew to me. 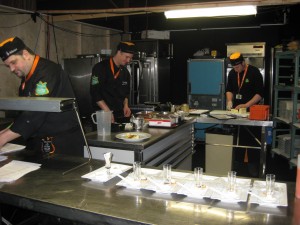 Chefs in the Kitchen

They have 4 restaurants on site at Heineken Holland House including the Lodge (upstairs) a sit down restaurant that serves Lunch and Dinner daily by reservation only. Two snack bars selling Dutch snacks, many of the foods that I tasted are available at the snack counters to line-up and purchase. They also have the Olympic Club (not open to the public) a VIP sit down restaurant for visiting dignitaries and guests. 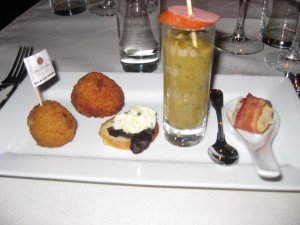 To begin my tasting I was served a glass of sparkling water from Holland along with a tasting platter of their appetizers. Shown in the above photo from left to right is:  Bitterbal, Fried Hotchpot “Bitterbal”, Fresh Egg Salad, Classic Dutch Split Pea Soup “Snert”, Hutchpot with bacon. 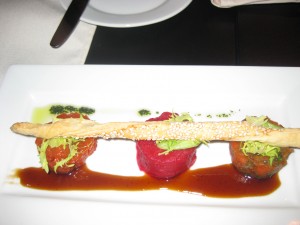 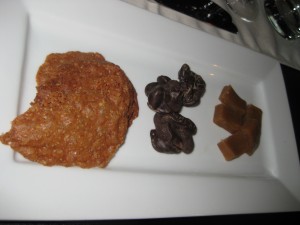 I was then served a Segafredo Espresso which is one of my favourite coffees which I always have when in Amsterdam, they brought the Segafredo people with them along with their coffee and their espresso machines, this is the place to go for a Segafredo coffee. Shown in the photo above from left to right is: Kletskop, Chocolate covered Peanuts, Boterbabbelaar. 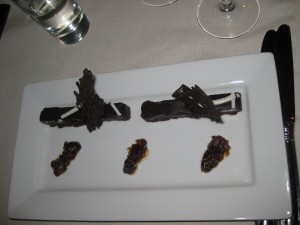 To end my tasting I had a little dessert, shown in the above photo is the Chocolate Truffle pastries, Candied dates in ruby port, Vanilla and star anise.

The Heineken Holland House is located inside the Richmond O Zone at 7551 Minoru Gate in Richmond and is open daily during the Olympics.