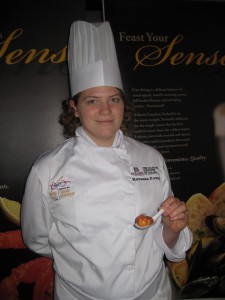 I had the pleasure of meeting Revanna Powell, a Culinary Student in her 2nd year at The Culinary Institute of Canada in PEI. She is in a 2 year culinary arts program that is affiliated with Holland College in Charlottown.

I asked Revanna to tell me what the 3 Top Dishes are from PEI and she said (1) Lobster dinners (2) Seafood Chowder (3) Raw Oysters. 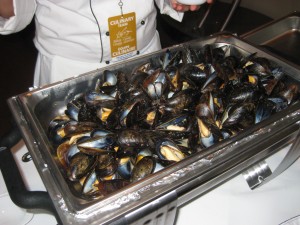 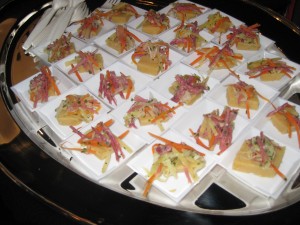 Atlantic Canada House is offering free tastings of the foods of the four provinces during the 2010 Olympics, featuring dishes from Nova Scotia, New Brunswick, PEI and Newfoundland. Twenty culinary students are representing 4 culinary schools from the region to cook and serve their regional dishes to you.

Tastings take place daily at 11:30am, 2pm and 5pm through the end of the Olympics.