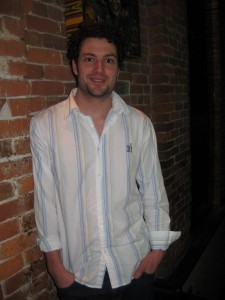 We all know that Vancouver has some of the best restaurants per capita of anywhere in North America, these restaurants have such wonderful food because of their passionate chefs. One thing that people often remember is the ambience and feel of a room, though I don’t think people know how much passion and hard work goes into the design and building of the restaurant from the start to the finish. I recently interviewed Ryan Murfitt, who is one of the leading restaurant building designers in Vancouver, I spent several hours one evening recently talking to Ryan and learning about his background, passions and his love for what he has learned and the places he has designed.

Ryan has designed many of this cities popular eating and drinking establishments some of which include Cobre (52 Powell Street), Deacon’s Corner (101 Main Street), The Diamond (6 Powell Street) and most recently Bao Bei (163 Keefer Street). Currently he is working on a refurbish of La Brasserie (1091 Davie Street) as well on Calabash (428 Carrall Street) a new 75 seat, two level, Caribbean-themed restaurant and lounge. 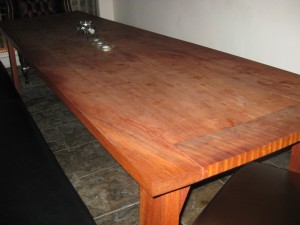 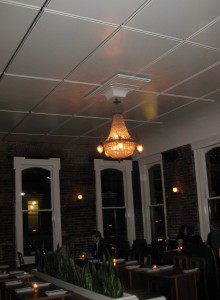 The Room & Ceiling at the Diamond 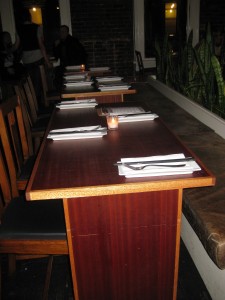 Tables & Chairs inside the Diamond

He knows his craft well, as he has had many terrific mentors along the way. He credits his family for a large role in the career he has chose, his father is an Architect and his uncle is a Furniture maker. He grew up in North Vancouver and then in his later years settling in the Gastown neighborhood. He started in the business when he was 17 years old, and his first project was designing residential kitchens with Tom Mattuk Construction, he then went on to build bathrooms where he learned a great work ethic.

I asked Ryan who his Mentors were and he told me that he has many but these were the people who really inspired him to become the designer that he is: (1) Tom Matuk – a hard worker and jack of all trades. (2) Rhys McArthur — fast and precise (3) Paul Verhoff — fast and precise (4) Warren Murfitt (his uncle) — go to guy for everything in the carpentry world (5) Mike Bertling — Sparkie (electrician) and (6) Aaron Thompson – Plumber.

Ryan describes himself as a Journeyman first then a Designer second and he says Personality & Functionality is the key to making it work. He is fortunate to have travelled throughout much of the world giving him an understanding of the different cultures and the ability to see many unique buildings around the world. His own passions include custom furniture, eating and dining, this I believe is one of the reasons he has become one of the leading restaurant designers in Vancouver. Restaurateurs go to him and he is lucky to be in the position where he can decide if the fit is going to work or not, when he takes on a new project, he becomes committed to that project and often works 12+ hours a day on site to make sure that nothing is missed and that the project is successful.

Celebrate Year of the Tiger at Wild Rice