I was honoured to be invited to the Chinese Restaurant Awards Moveable Feast on December 8th that included various members of the media along with some publicists and Stepanie Yuen who were on hand to explain each of the dishes to us. This wasn’t any ordinary dinner, it was quite the feast. I lost track somewhere after the 18 or so dishes that we had sampled in the 3 restaurants with food from 5 of the winners.

Here goes the culinary journey, that began and ended in Richmond. 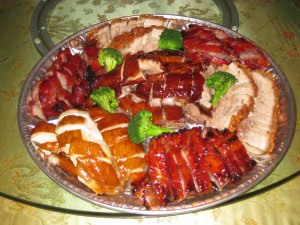 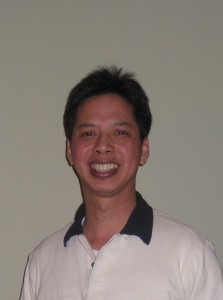 Started off the evening at Northern Delicacy Restaurant (Silver award winner – Best Environment) at Unit 2788, 4151 Hazelbridge Way inside Aberdeen Centre. Here we dined in a private room, banquet style in the round with a spin top table to move around our various dishes. Our server poured a Sumac Ridge Brut and Chinese tea all around for those that wanted bubbly or tea.

Our first course was a BBQ Platter from B.B.Q. Master (Gold award winner – Best BBQ Shop) which is another restaurant located at #145 -4651 No. 3 Road. Chef Erik delivered his platter to us to eat as our first course and I enjoyed the BBQ Duck and BBQ Chicken with the tasty green onion and ginger sauce. 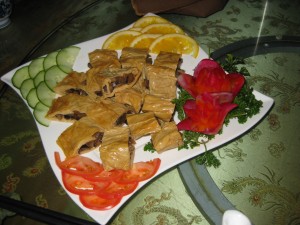 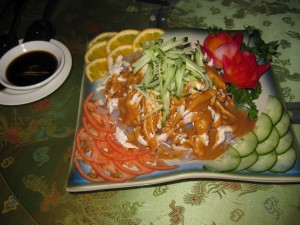 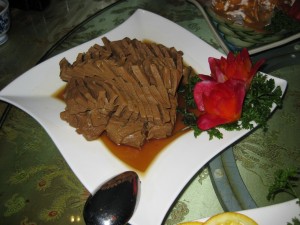 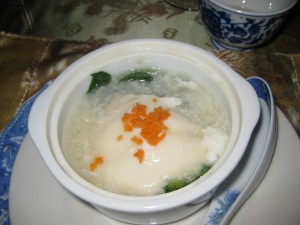 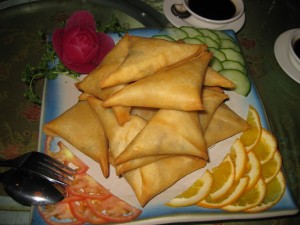 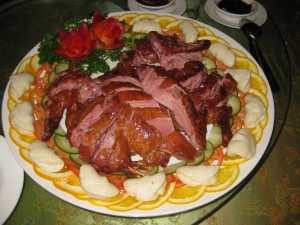 Our second restaurant or second course, round 1 would be the best way to describe the 4 cold appetizers that were created and served to us by Northern Delicacy. The 4 dishes included 1) Chicken with glass noodles with peanut sauce 2) Marinated Dried Tofu with 5 spices 3) Mushroom wrapped bean curd which was Smoked tofu filled with mushrooms and 4) Pork Hawk with Jelly fish. I only tasted 3 of the 4 dishes (did not have the Pork dish) and my favourite was the Chicken with glass noodles that I absolutely adored. Next up was round 2 at the same restaurant and here we were served 4 hot appetizers, these included 1) Vegetarian Tofu Dumplings 2) Crab and Tofu 3) Xiao Long Bao and 4) Tea Smoked Duck. I only tasted 3 out of 4 dishes in this round as well missing out on the Xiao dish. 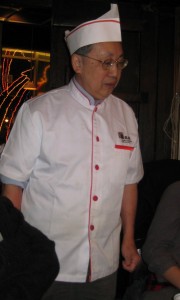 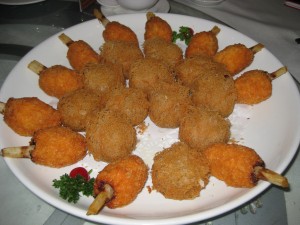 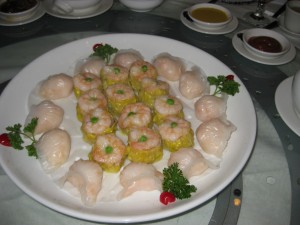 Our third and last restaurant of the night was to Northern Dynasty (Gold award winner – Best Fine Dining) at 1180 – 8391 Alexandra Road. At this point, I was surprisingly not full, probably because I had missed out on the pork dishes and paced my eating well throughout the previous restaurants. It appeared we were in for a real treat with the next round of dishes as this restaurant specializes in Crab. Here we were served a multitude of dishes that included 1) Alaskan King Crab with Roasted Garlic 2) Deep Fried Alaskan King Crab with garlic and bread crumbs and some cucumber salad 3) Portugese Style Rice served In the crab shell 4) Hand Pulled Noodles in Crab Jus. After these main dishes we were also served a Choy Vegetable dish topped with ham. My favourite dishes and actually these were my favourite dishes of the evening went to the Alaskan King Crab with Roasted Garlic and the Deep Fried Alaskan King Crab with garlic and bread crumbs both of these were so very good! Then to our surprise which we were not expecting they served us a few of their own desserts. First was the Agar and I had the Coconut, Lychee and Black Sesame all were good this then followed by a Pumpkin and Tapioca Dessert Soup which was hot and so tasty. 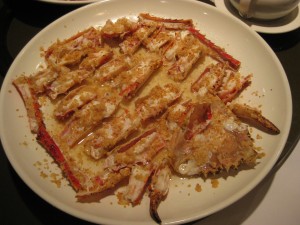 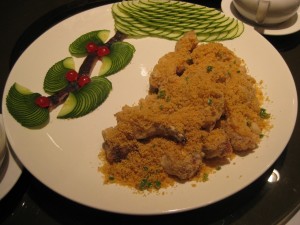 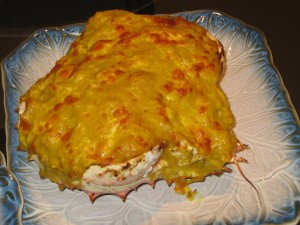 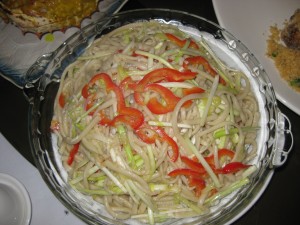 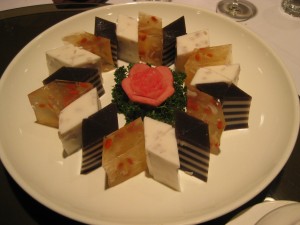 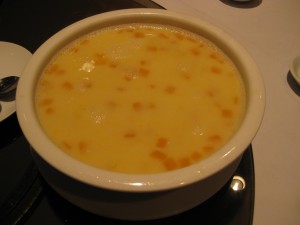 Then there is dessert, I know what you are thinking didn’t I just have dessert. Well our planned desserts for the evening was delivered to us at Northern Dynasty by Micky Zhau who is the Executive Pastry Chef of St. Germain Bakery (Gold award winner – Best Bakery) and he presented each of us with our very own box of desserts, this was his own creation of desserts that included Macarons, Madelines, Cannoli and assorted cookies and a chocolate box covered with chocolate figurines, such a beautiful presentation. I wasn’t hungry neither were any of my counterparts and we all took this dessert to go. 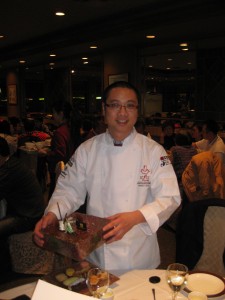 More than 9,300 votes were cast in 15 award categories for the second annual HSBC Diners’ Choice Awards with Gold, Silver and Bronze Awards in each. The HSBC Diners’ Choice Awards are one of two components of the Edgewater Casino Chinese Restaurant Awards. The other is the Critics’ Choice Signature Dish Awards which will be announced at a gala event scheduled to take place following the 2010 Olympics. Good food, good taste and the art of dining well are very important topics in cuisine-crazy Metro Vancouver. Many of the winning restaurants are to be found in Richmond. In fact 56 percent of the winners come from Richmond with Alexandra Road being a hotbed of culinary excellence – six winners come from that one street! For true Chinese cuisine cognoscenti, Richmond is a Mecca for the best dining in Metro Vancouver.

This was quite the night and quite the feast. I was able to try many dishes that I have never eaten or heard of as well as visit such an array of winning restaurants for the very first time. I hope you have enjoyed the journey and hope that you will visit some or all of the above mentioned restaurants.