Chef Vikram Vij known for his creative fusion Indian cooking in Vancouver and around the world. From an idea that Sid Katz, Director of the Chan Centre at UBC had along with an idea that Vikram Vij had, this night of fusion took place on October 24 at the Chan Centre. I was delighted to be a part of this event and was able to sample Vikram’s Chicken Curry as he cooked his wonderful curry for special musical guests Bela Fleck and Edgar Meyer at a pre-concert reception. 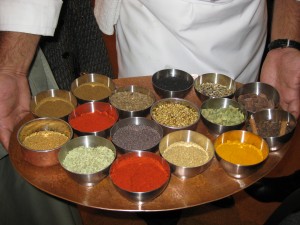 Vikram Vij’s restaurant in Vancouver has been described as one of the finest in the world, by culinary hot shots such as Patricia Wells and Jamie Oliver. Vij’s Restaurant is located at 11th and Granville and has been welcoming guests for the past 15 years. 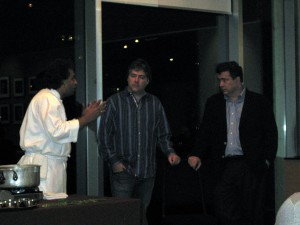 The invited guests were patrons of The Chan Centre and were thrilled to join in this special occasion.